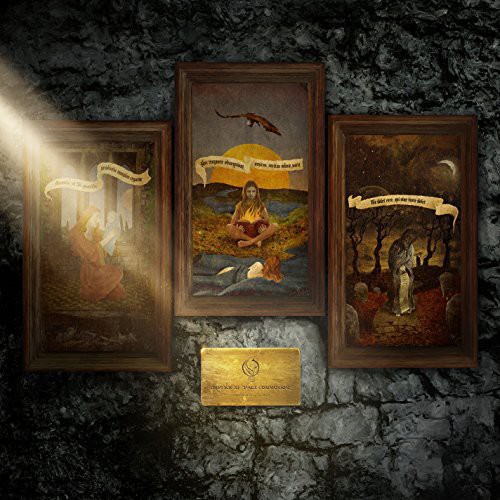 2-Disc Deluxe Edition includes bonus Blu-Ray with 5.1 audio and 2 bonus tracks plus expanded packaging Pale Communion, which was produced by the band s very own Mikael Ĺkerfeldt and mixed by longtime collaborator and Porcupine Tree frontman/guitarist Steven Wilson, is heralded by the lead single, "Cusp of Eternity. "

The new material find s Opeth once again challenging the boundaries of extreme music. In a recent interview with VICE s Noisey, Åkerfeldt stated, "I wanted to do something more melodic with this album... there s stronger vocal melodies and more melodies overall... I was pretty consistent with that frame of mind throughout the writing process. " Metal Injection s Greg Kennelty broke down Opeth s Pale Communion in a track by track review, exclaiming "This record knows exactly what it's doing and nails it through and through... one of my favorite records of 2014. If not my favorite record of 2014."

Pale Communion follows 2011 s critically acclaimed Heritage which proved a milestone album for Opeth, earning them widespread acclaim and an ever-growing fan following. Debuting Top 20 on the Billboard 200 and racking up numerous "Best Of" accolades in 2011, Heritage landed at #2 on both Decibel s "Top 40 Albums of 2011" and Guitar World s "Top 50 Albums of 2011" lists.