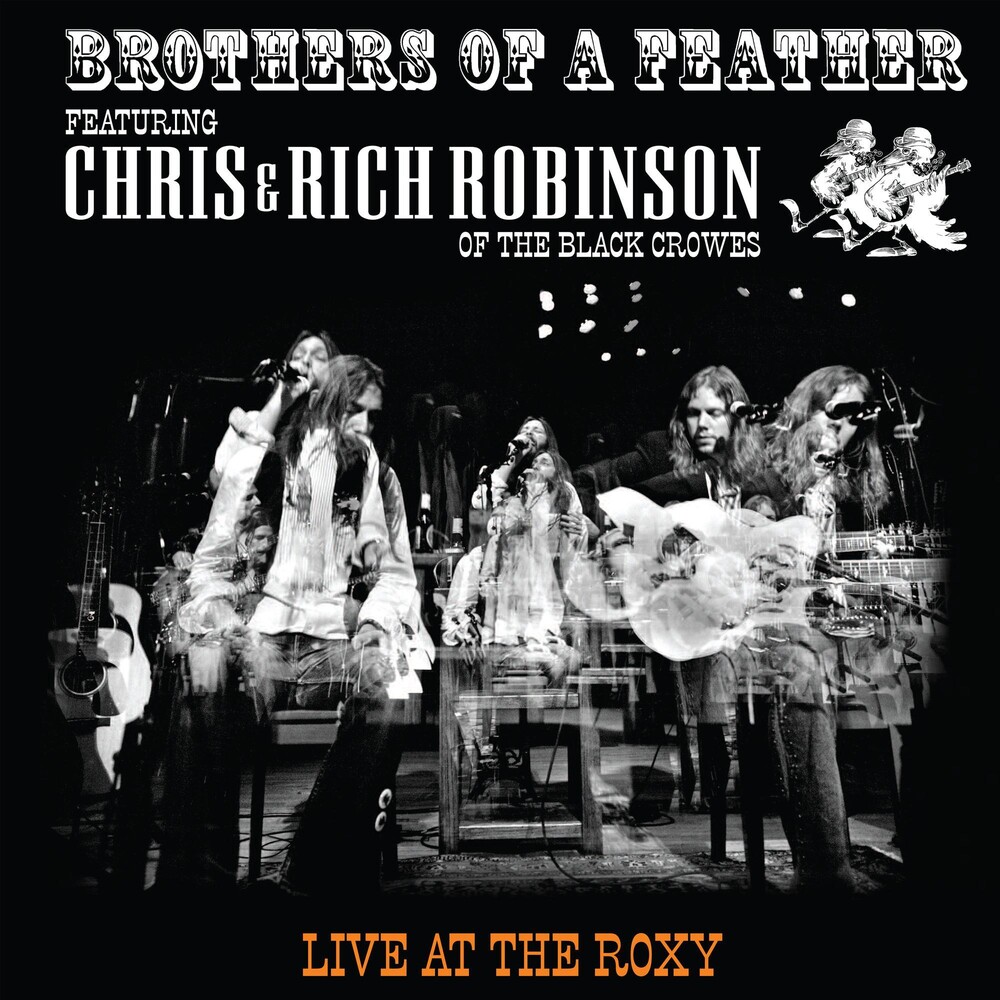 Reissue. Brothers Of A Feather: Live At The Roxy is a live album by Chris and Rich Robinson of The Black Crowes. It was released on July 10, 2007. The album featured two new songs, some old Black Crowes songs and some covers. The album is a compilation from several shows at the Roxy Theatre in Los Angeles, California recorded during the 2006 Brothers of a Feather tour. Most songs feature only one or two guitars and vocals, with occasional accompaniment from Mona Lisa Young and Charity White, the Black Crowes' backing-vocals duo, as well as a guest appearance by Tenor Saxophonist Dave Ellis of The Left Coast Horns.