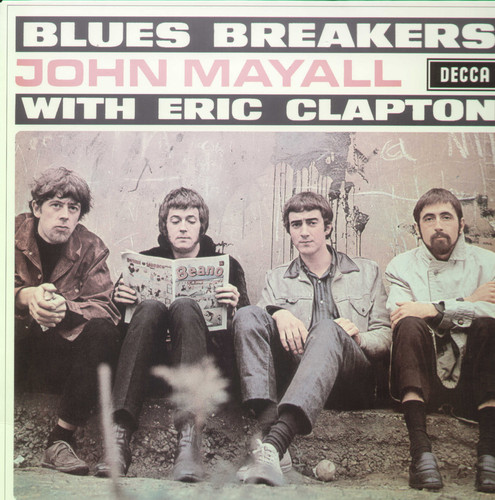 Bluesbreakers with Eric Clapton is a 1966 electric Blues album by John Mayall's Bluesbreakers featuring Eric Clapton as lead guitarist. It is often referred to as the Beano album because the photograph on the album cover shows Clapton reading the Beano, a well-known British children's comic. Apart from being one of the most overall influential albums in Blues-Rock history, it was likely the first time anyone had heard a Gibson Les Paul guitar through an overdriven Marshall amplifier; this unique sound would become particularly influential. 12 tracks.