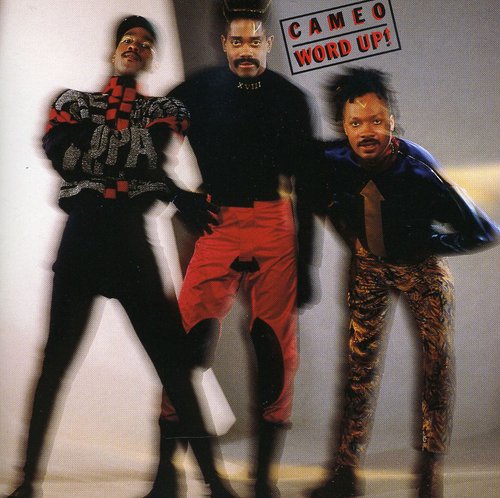 Cameo, unlike many funk bands that emerged in the late '70s, really thrived in the 1980s. Lead singer/producer Larry Blackmon insisted on changing with the times, and he did so by making Cameo more high-tech. An outlandish, in-your-face stage presence, a strange sense of humor, and a hard-driving funk sound that crisscrossed a few musical boundaries earned Cameo countless comparisons to Parliament/Funkadelic in their early days. However, Cameo eventually wore off accusations of being derivative by transcending their influences and outlasting almost every single one of them. Throughout the '70s and '80s, the group remained up with the times and occasionally crept ahead of them, such that they became influences themselves upon younger generations of R&B and hip-hop acts. Includes the single's 'Word Up' and 'Candy'. Universal.

''Word Up!'' is an album by funk/R&B group Cameo released in 1986. The record made Cameo one of the most successful bands of that decade. - Wikipedia