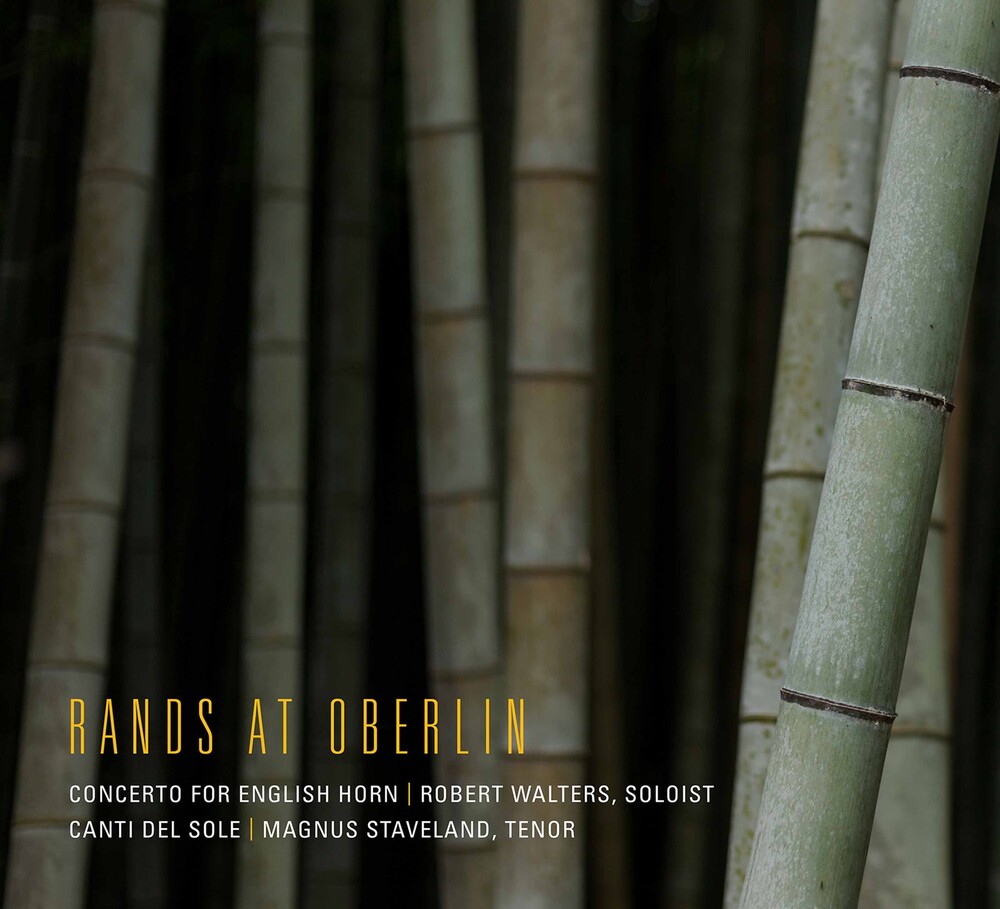 Bernard Rands boasts a catalog of more than 100 published compositions, among them his vocal and instrumental work Canti del Sole, which won the Pulitzer Prize for Music in 1984. The centerpiece of Rands at Oberlin, a new recording on the Oberlin Music label, is a work commissioned by Oberlin Conservatory in honor of it's 150th anniversary and intended for English horn player Robert Walters, a professor at Oberlin and longtime member of The Cleveland Orchestra. Rands' Concerto for English Horn received it's world-premiere performance by Walters and The Cleveland Orchestra at Severance Hall in November 2015. It makes it's recorded premiere on this release, which features Walters performing alongside the Oberlin Orchestra, under the direction of Raphael Jiménez. Rands at Oberlin also features Canti del Sole, which describes a day's progression from dawn to dusk. It is performed here by Norwegian tenor Magnus Staveland with Oberlin's Contemporary Music Ensemble, under the direction of Timothy Weiss.