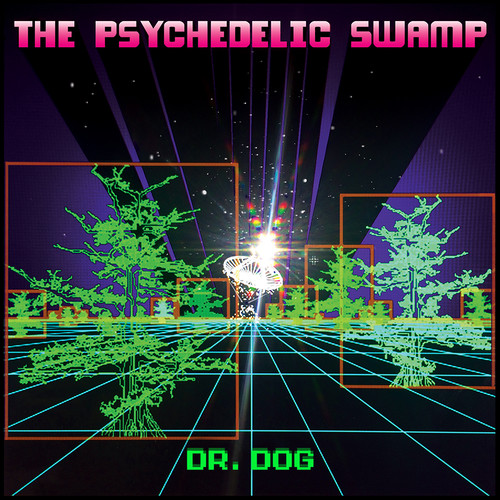 The Psychedelic Swamp is Dr. Dog's ninth album, and third studio release with ANTI-Records. Most of the songs were among the first ever written together by Scott McMicken and Tob Leaman and an assemblage of friends and musical cohorts that would evolve as Dr. Dog over the years. This early endeavor of writing a concept album helped shape their creative process as they became a label-defying multi-hyphenated indie-psychedelic-rock-folk-Americana-basement-touring band.

The Psychedelic Swamp could very well have been Dr. Dog's first album. It could have been their only album; or it could have never been made at all.  It's either a refined culmination of 15 years of collaborative music-making or the raw instrument on which they cut their teeth.  This chicken vs. egg debate will be for historians to decide; fact is that if The Psychedelic Swamp was half-baked back in 2001, it has been reborn in 2016, fully baked.