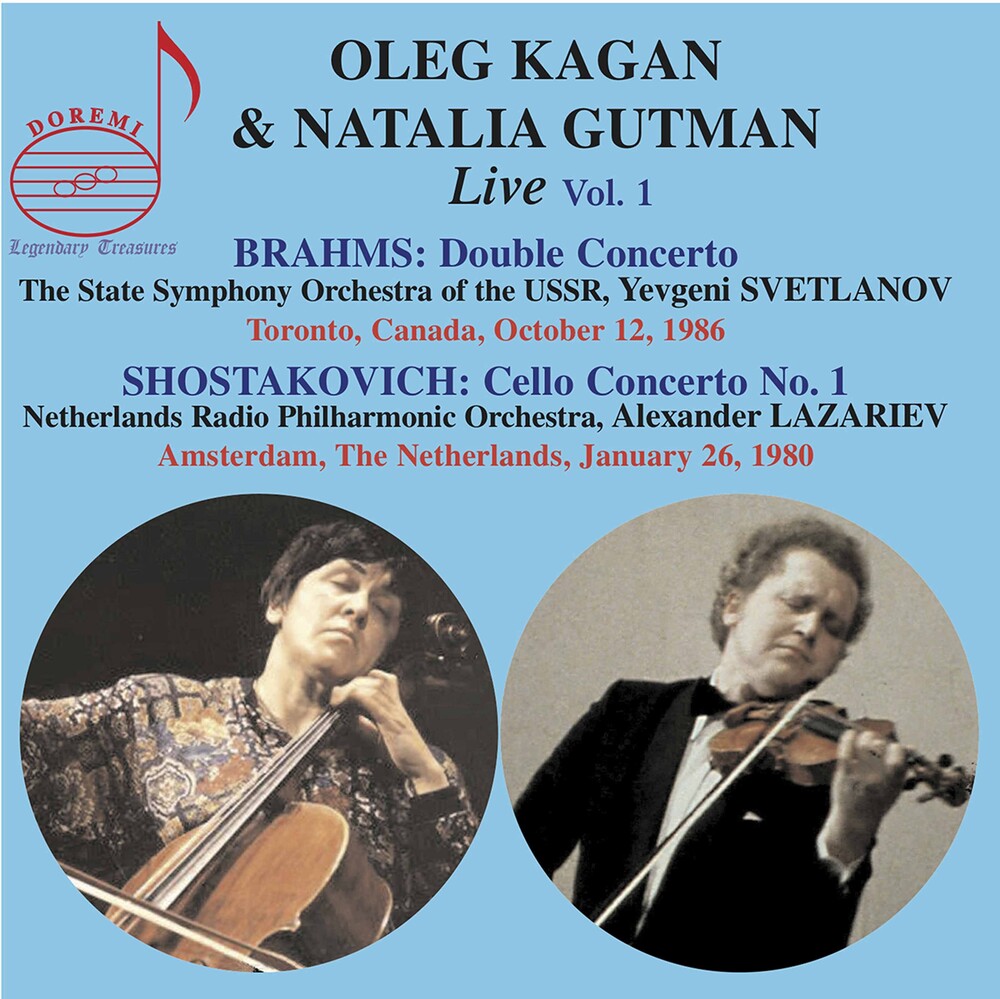 Oleg Kagan and Natalia Gutman's performances of the Brahms Double Concerto were widely acclaimed. They were featured on a 1986 international tour of the USSR State Symphony Orchestra conducted by the famous conductor Yevgeni Svetlanov. On October 12, 1986 they performed it in Roy Thompson Hall, Toronto, Canada. This exciting concert is now presented on this live album. Natalia Gutmam is noted for her superb, authoritative performances of the Shostakovich cello concerto No. 1. She recorded it three times during her career. Presented here is a sparkling live version given in 1980 in Holland.