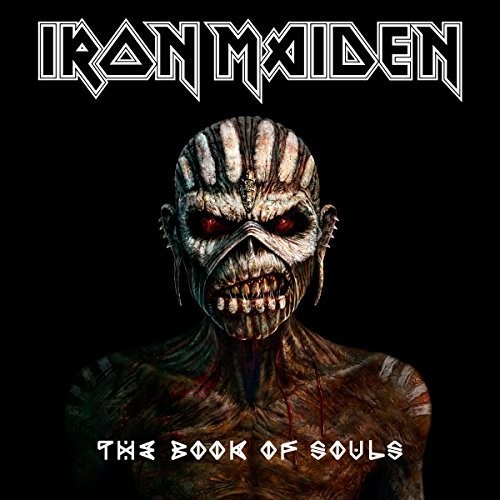 2015 two CD release from the British metal icons. The Book Of Souls contains 11 tracks and runs 92 minutes - it is the metal maestros' first ever double studio album. In a career achieving sales of over 90 million albums worldwide, The Book Of Souls is the band's 16th studio album since their 1980 eponymous debut charted at #4 in the UK. The album was recorded at Guillaume Tell Studios, Paris, which they had previously used for 2000's Brave New World, with regular producer Kevin Shirley in late summer 2014. Their previous studio release, 2010's The Final Frontier, was Maiden's most successful album chart-wise, reaching #1 in 28 countries and their highest chart debut in the U.S. (#4).