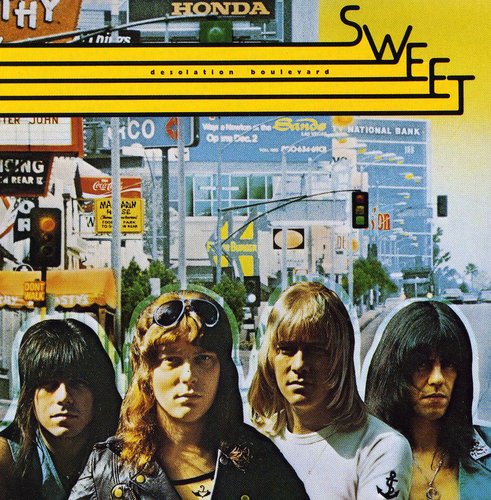 ''Desolation Boulevard'', released in 1974, is the second album by Sweet that year. It contains an original variant of one of the band's best known songs, "Fox on the Run". (The U.S. version also includes the smash "The Ballroom Blitz".)