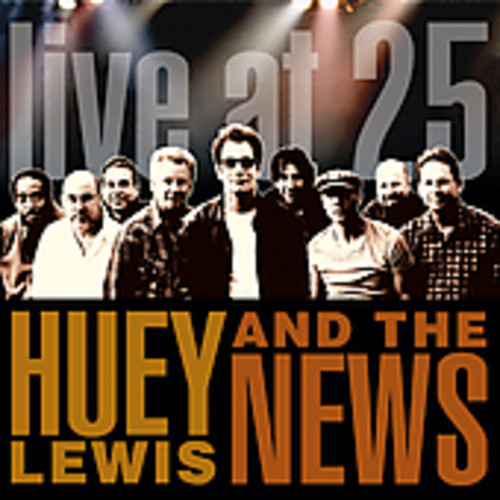 A quarter century after they formed, Huey Lewis & the News are still going strong. Their biggest songs get a crowd-pleasing send-up on this cooking live album recorded on their Northern California home turf in December 2004. Includes live renditions of the Top 10 Billboard singles "I Want A New Drug," "If This Is It," "The Heart Of Rock & Roll," and the #1 smash "Power Of Love."

''Live at 25'' is a live album by Huey Lewis and the News celebrating the 25 year anniversary since the band's formation in 1980. The performance was recorded December 2004 in the band's home turf of Northern California and was released along with a separate ''Live at 25 DVD'' in 2005 by Rhino Records. This was the last album the band made with saxophonist Ron Stallings, who died in 2009. - Wikipedia