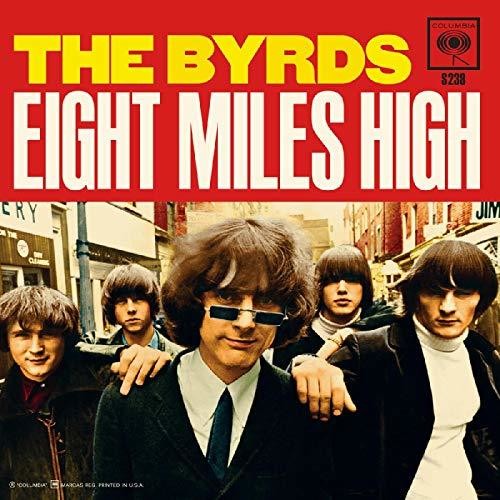 Limited blue colored vinyl pressing. During an action-packed Byrds tour of the UK in August 1965, ideas began to form in Gene Clark's mind for a new song. After germinating for several weeks, he began to put his thoughts on paper during the band's U.S. tour in November 1965. Traveling from gig to gig, David Crosby's cassettes of Ravi Shankar and John Coltrane provided the tour bus soundtrack. As Clark continued writing the song that would become "Eight Miles High," - this exotic music, especially Coltrane's recordings, found their way into the composition. Juxtaposed against lyrical snapshots of London, like "rain grey town, known for it's sound," the modal melody created a striking contrast and summoned a surreal, flight-like feeling. Despite Clark's increasing isolation from the group, it was obvious that "Eight Miles High" was a work of major importance and the group promptly made plans to record it.