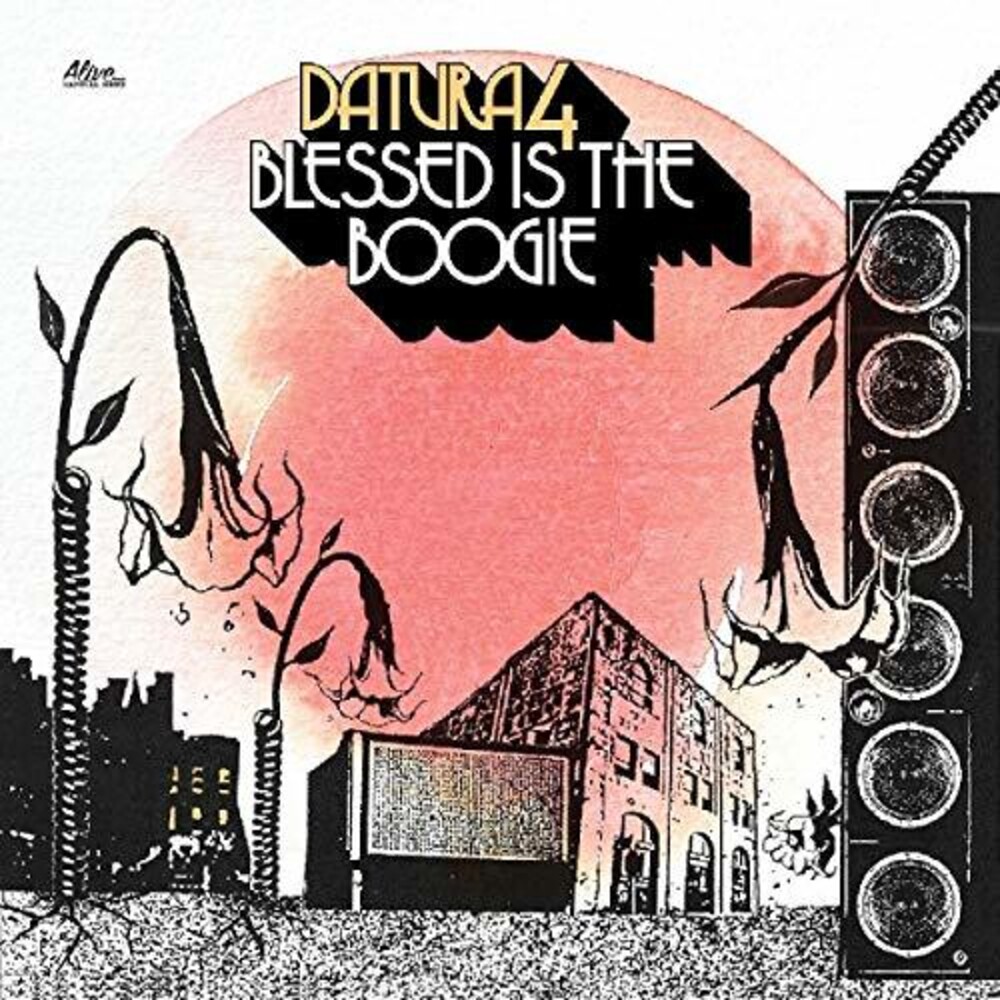 Vinyl LP pressing. Fronted by Aussie legend Dom Mariani, who came to prominence on the music scene in the 1980s with legendary garage rock combo The Stems, and later went on to form revered power pop outfits DM3 and The Someloves, Datura4 is Marianis return to his blues and heads-down, full-tilt boogie roots. Blessed is the Boogie is ten new songs that build on Datura4's guitars to infinity approach of Hairy Mountain (2016) and the hard rocking, progressive blues and psychedelic stylings of debut LP Demon Blues (2015). Both albums were released through Alive NaturalSound Records and gained critical acclaim at home, in Europe and the USA.