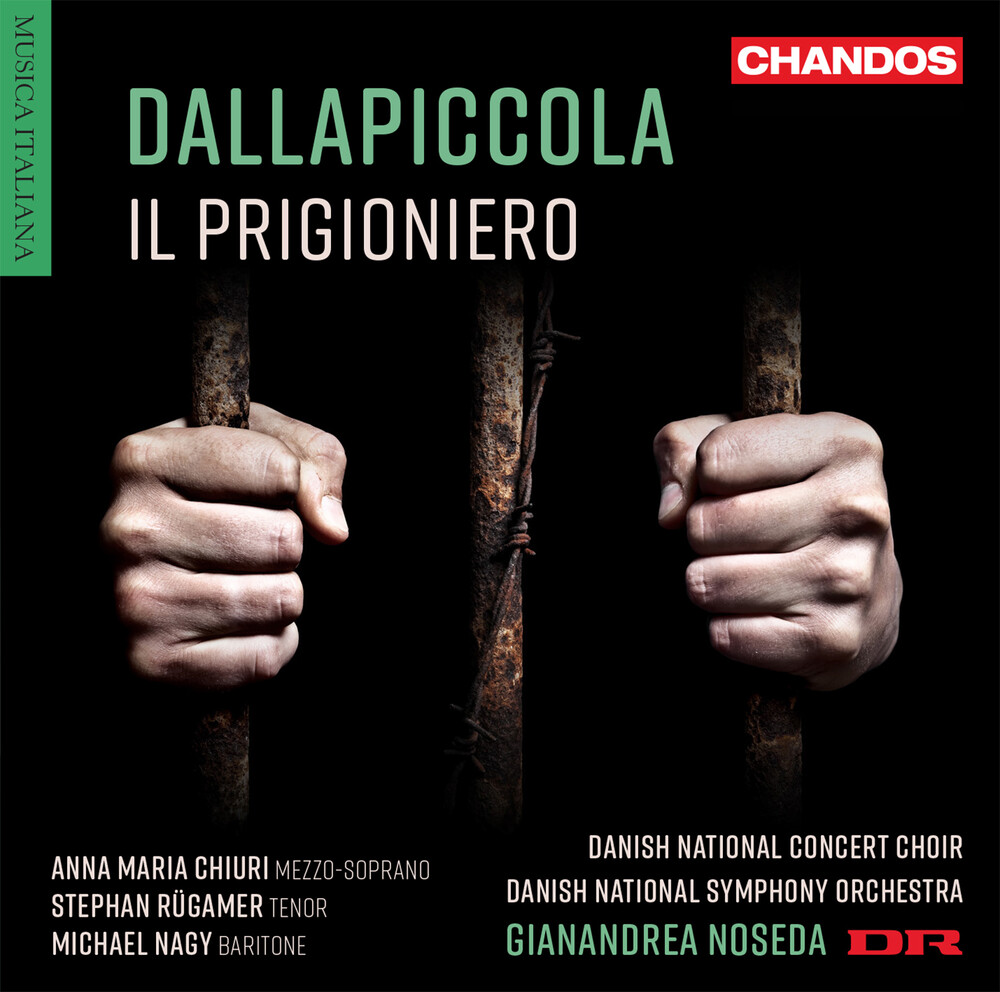 Gianandrea Noseda continues his series of recordings of the works of Luigi Dallapiccola, this time with his Danish forces. Seen by many as Dallapiccola's masterpiece, Il prigioniero (The Prisoner) is a one-act opera composed in the late 1940s, and premiered (in a radio broadcast) in 1949. The Italian composer had first encountered serialism as a student in Florence in the 1920s, when Schoenberg visited to conduct Pierrot lunaire. The influence was profound, although it would take two decades before it demonstrated itself fully in his composition. Based primarily on a short story, 'La Torture par l'espérance' (Torture by Hope), by the French writer Villiers de L'Isle-Adam, the opera concerns a prisoner of the Spanish Inquisition who finds the door of his cell unlocked and creeps out under the cover of darkness to the garden beyond. Hope rises to the level of ecstasy, before he finds himself embraced in the Garden by the Inquisitor, who returns him to his cell. Dallapiccola employs three twelve-note tone rows in the work, which he named 'Prayer', 'Hope', and 'Freedom', from which all the vocal lines are created. The album is completed by three choral works: Estate, written in 1932 for male chorus, and two settings from 1933 of poems by Michelangelo Buonarroti the Younger for mixed voice chorus.