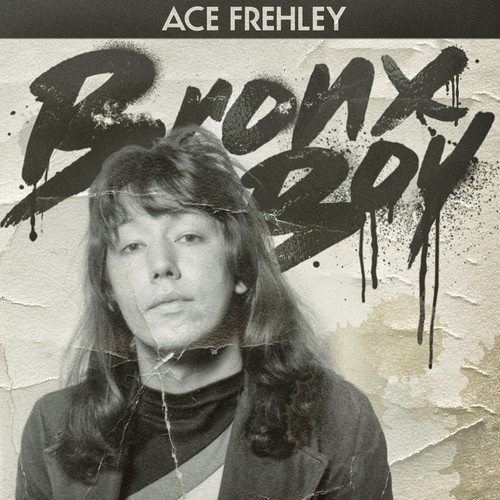 On the heels of two Billboard Top 20 albums since his 2014 induction into the Rock and Roll Hall of Fame, founding KISS guitarist Ace Frehley returns with the physical debut of "Bronx Boy," the first song from an all-new, untitled full-length solo LP to be released in the Summer of 2018. Says Rolling Stone of the lead teaser track: "The gritty first single from his upcoming eighth studio album, (finds Frehley) snarling over a raw hard rock riff and squealing guitar solos." Issued on colored 12" vinyl, Bronx Boy is rounded out by a previously unreleased remix of the Space Invader track "Reckless," Ace's most popular cover from Origins Vol. 1 ("White Room") and the Origins Vol. 1 cover of his own Kiss cut "Cold Gin" with a special guest appearance by Pearl Jam's Mike McCready on guitar. Sure to be a highly sought after collector's item for Ace and KISS fans worldwide!