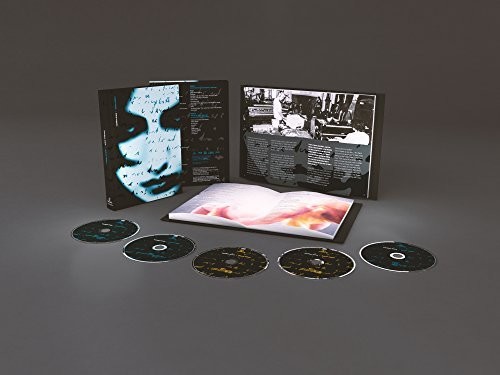 Deluxe four CD + Blu-ray edition. Includes a version of the original studio album newly remastered by renowned producer Steven Wilson, and - for the first time ever - a complete recording of the band's March 1994 performance in Paris, which has been expanded with nine unreleased tracks. Discs One and Two contain the 2018 Steven Wilson remix and the original Dave Meegan album mix of the 1994 album. Discs Three and Four contain the 2018 Michael Hunter remix of the live performance at La Cigale, 29/04/1994. Disc Five (Blu-ray) contains the Brave 2018 Steven Wilson remix, several 96/24 mixes, promo films, documentary and bonus track 'The Great Escape' (Spiral Remake). Brave is the seventh studio album by Marillion, released in 1994. It charted at #10 on the UK Albums Chart, being the last of the band's albums to reach the Top 10 in the United Kingdom until F E A R reached number 4 in 2016.