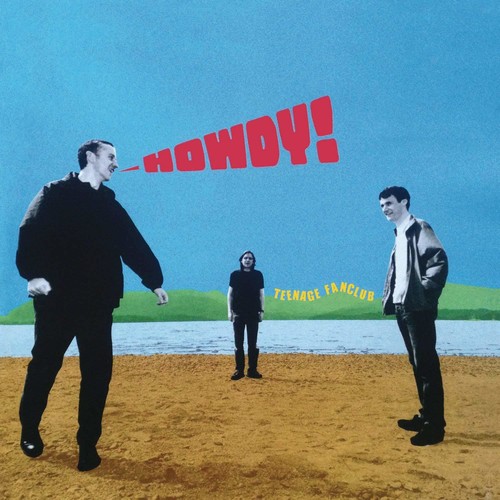 Limited 180gm vinyl LP pressing + seven inch single. The album has been remastered from the original tapes at Abbey Road Studios, London under the guidance of the band, and is packaged in a faithful re-production of the original vinyl artwork. The band has selected rarities to include on a 7" with the album. Recorded at Dave Gilmour's Astoria studio on the river Thames and the legendary Rockfield Studios in Wales, Howdy! Was produced by the band themselves. The band was officially a five piece in the studio for the first time with keyboardist Finlay Macdonald adding an extra dimension to their trademark sound. Tracks like 'Dumb Dumb Dumb' which Blake cites as one of his favorites ("I like the song just because of how it's structured. It has an offset drumbeat."), 'My Uptight Life' and 'Near You' make Howdy! a quintessentially Teenage Fanclub album made as their long-standing label Creation was being incorporated into major label Sony. It remains a charming album where the three-part harmonies and impeccably arranged songs create a positive, uplifting record.