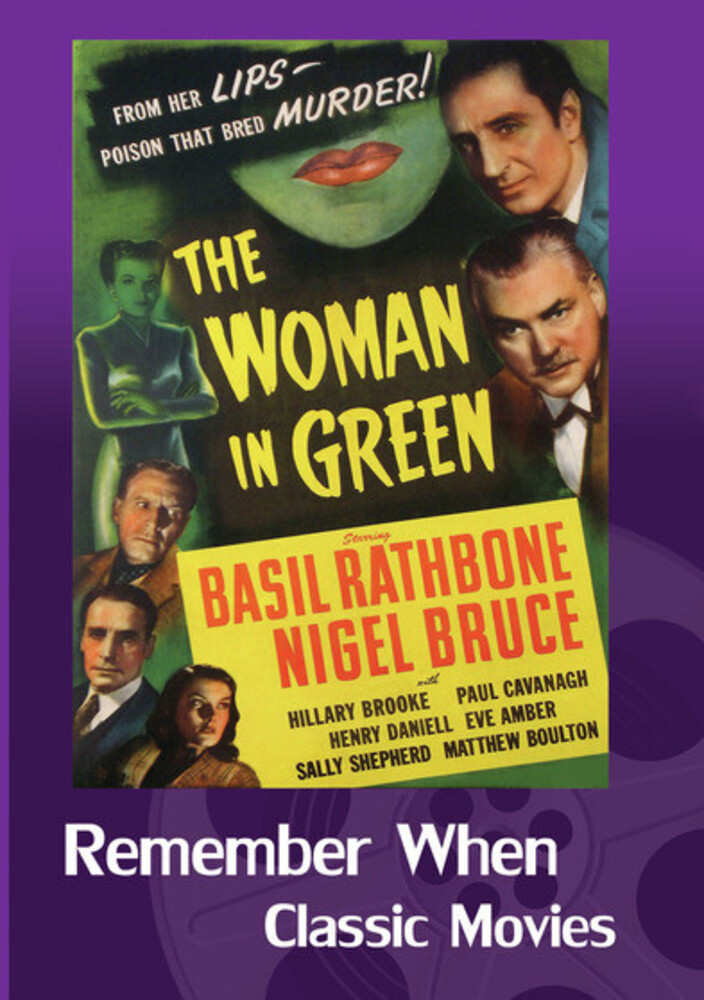 The Woman in Green is a 1945 American film, the eleventh of the fourteenth Sherlock Holmes films. The film stars Basil Rathbone as Sherlock Holmes and Nigel Bruce as Dr. Watson. When several women are murdered and their forefingers severed, Holmes and Watson are called in to investigate. Widower Sir George Fenwick (Paul Cavanagh) has a romantic night at the apartment of Lydia Marlowe (Hillary Brooke), and is hypnotized into believing that he is responsible for the crimes. He is certain he is guilty when he awakes from a stupor only to find a forefinger in his pocket. His daughter discovers Sir Fenwick burying the finger and goes to Holmes and Watson with this information. Sir Fenwick is then found murdered by someone to keep him from talking, and Holmes theorizes that Moriarty, (Henry Daniell), who was supposed to have been hanged in Montevideo, is alive and responsible for the crimes. Holmes now realizes that Moriarty's plan involves: killing women and cutting off their forefingers, making rich, single men believe they have committed the crimes, using this fake information to blackmail them and counting on the victims being too terrified to expose the scheme. Holmes befriends Lydia, whom he had seen with Sir George at a restaurant and suspects she is in cahoots with Moriarty. Moriarty then hypnotizes Holmes and tells him to write a suicide note and to walk out of Lydia's apartment onto the ledge and jump to his death. Watson arrives just in time to grab the criminals, but Moriarty escapes from the hold of the policeman and jumps to the top of another building. This movie has to be watched to find out how this never ending rivalry between Holmes and Moriarty ends. This is truly Sherlock Holmes and Dr. Watson, not to mention Professor Moriarty, at their quintessential best!