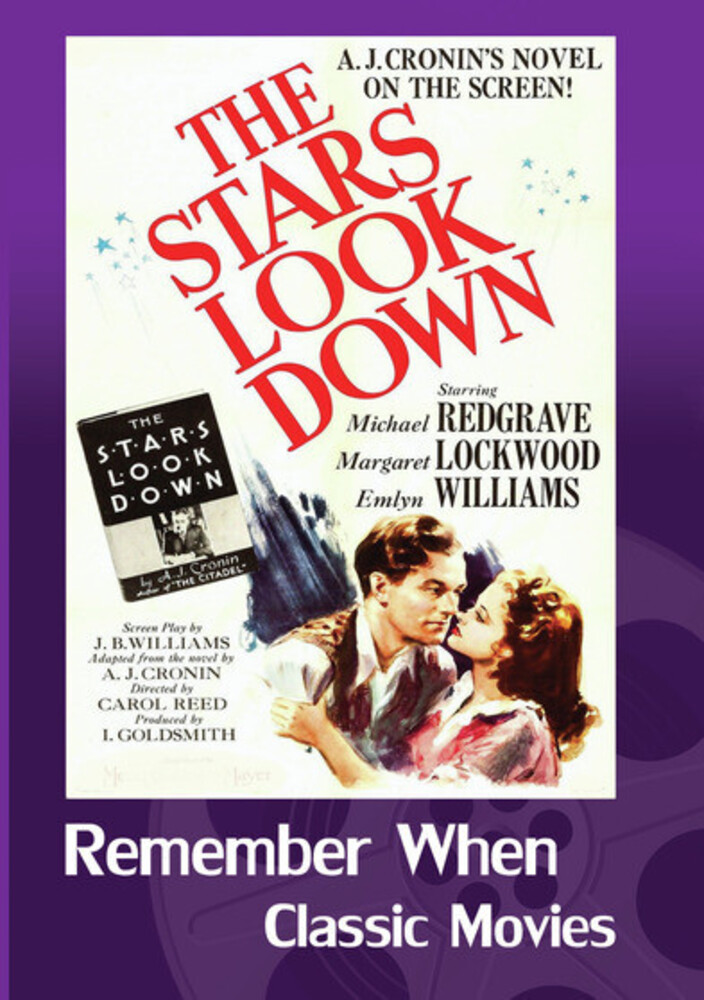 The Stars Look Down is a classic British film about injustice in a mining community in the North East of England. The film stars Michael Redgrave and Margaret Lockwood. The film is a New York Times Critics' Pick and is listed in The New York Times Guide to the Best 1,000 movies ever made! Davey Fenwick (Sir Michael Redgrave) leaves his mining village on a university scholarship intent on returning to better support the miners against the owners. But he falls in love with Jenny (Margaret Lockwood) who gets him to marry her and return home as a local schoolteacher before finishing his degree. Davey finds he is ill-at-ease in his role when he realizes that Jenny still loves her former boyfriend. When he finds that his father and the other miners are going to have to continue working on a possibly deadly coal seam he decides to take action. One reviewer wrote of the film: This is 'a rare example of a British movie of the 30-40's which deals sympathetically with 'ordinary people', here the coal miners of Northern England. The film was shot on location at Great Clifton and at St. Helen's Colliery, Siddick in Cumberland. To make the film even more authentic, the pit ponies were from the Cumberland mines and the miners' costumes consisted of clothes purchased from actual colliery workers. This is a truly moving and authentic movie which will tug at your heart strings and one movie you will never forget. (Black & White)