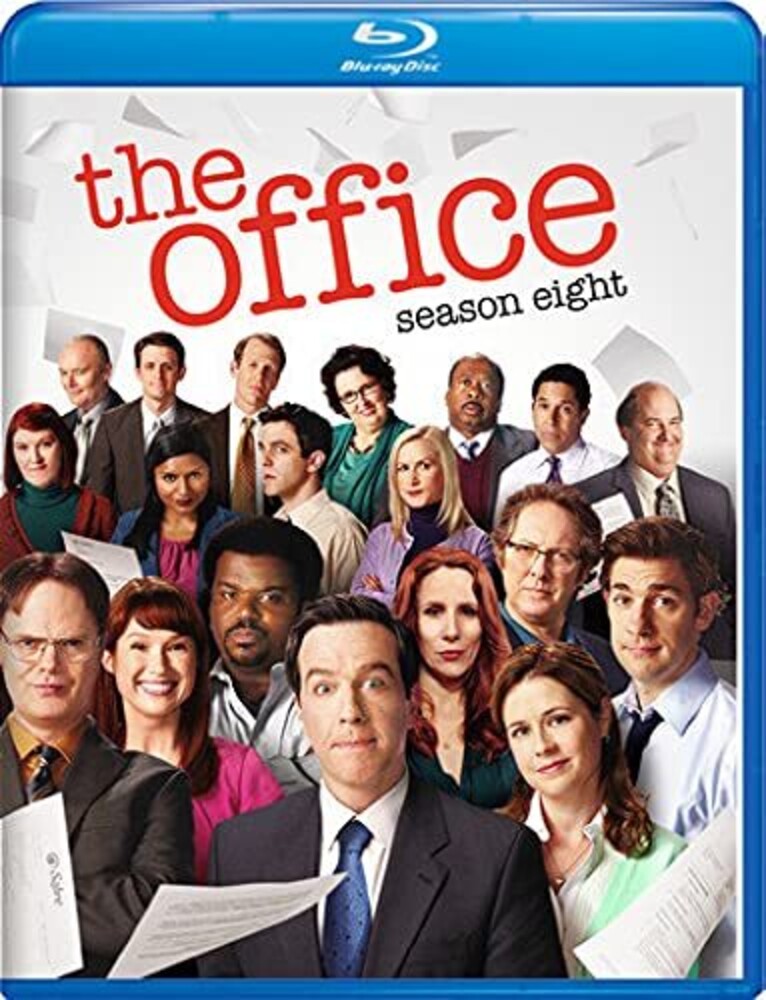 Big changes are in store for Scranton in the hilarious eighth season of the Primetime Emmy Award-winning series, The Office. Andy (Ed Helms) takes over as manager of Dunder Mifflin and finds the job to be more than he bargained for. He wants to win the respect of his employees, while going toe-to-toe with Robert California (James Spader), the enigmatic new CEO. Dwight (Rainn Wilson) makes his own grab for power when he leads a team to Florida to work under Nellie Bertram (Catherine Tate) who may be slightly out of her mind. Jim (John Krasinski) and Pam's (Jenna Fischer) relationship is put to the test when Pam goes on maternity leave and her replacement has eyes for Jim. Meanwhile, Erin (Ellie Kemper) harbors lingering feelings for Andy; Angela's (Angela Kinsey) relationship deepens with her dashing (State) Senator; and Darryl (Craig Robinson) looks for love in the warehouse. Developed for American Television by Primetime Emmy Award-winner Greg Daniels (Parks and Recreation, The Simpsons), The Office: Season Eight includes all 24 episodes plus outstanding bonus features such as extended episodes, deleted scenes, webisodes and more!
back to top