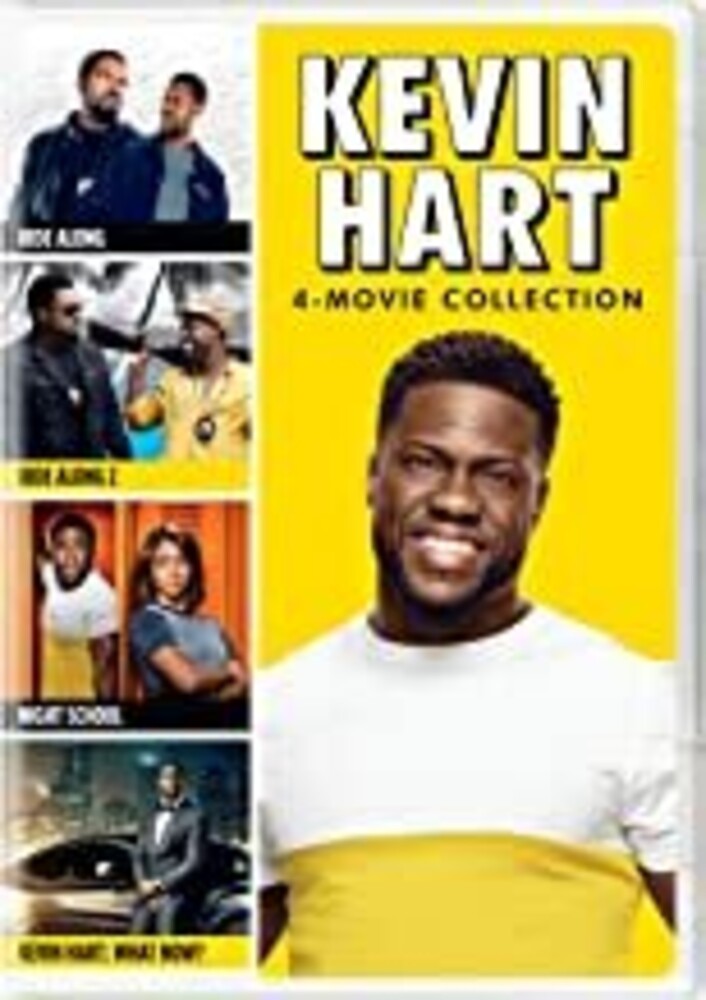 Four-disc set includes: Ride Along (2014)In order to propose to the love of his life, underachieving security guard Ben (Kevin Hart) knows that he's got to get the approval of his prospective brother-in-law, unimpressed Atlanta cop James (Ice Cube), and goes so far as to join the academy. James is sure that it'll only take one day sharing a squad car to break him, but will Ben come up big when they're hit with real crisis? Tika Sumpter, John Leguizamo, and Laurence Fishburne co-star in this hit action-comedy. 100 min. C/Rtg: PG-13 Ride Along 2 (2016)Now sworn into the Atlanta PD, but still trying to prove himself, Ben (Kevin Hart) determinedly tags along when reluctant brother-in-law-to-be James (Ice Cube) follows a lead from his biggest drug bust down to Miami. The trail takes them to the doorstep of a respected and seemingly legitimate businessman (Benjamin Bratt)... who might make sure that neither of them gets home for the wedding! Fast-paced and funny follow-up also stars Tika Sumpter, Olivia Munn, Ken Jeong, Bruce McGill. 102 min. C/Rtg: PG-13 Kevin Hart: What Now? (2016)Kevin Hart returns home to Philadelphia for a hilarious stand-up show filmed at Lincoln Financial Field for a crowd of over 50,000 people. In addition to the comedy concert, which features the comic's riotous observations on everything from parenting to current events, the film also includes a spy spoof segment with Hart as a James Bond-esque secret agent, and appearances by Halle Berry and Don Cheadle. 97 min. C/Rtg: R Night School (2018)Suddenly unemployed, thirtysomething dropout Teddy (Kevin Hart) must get his GED so he can land a new job and continue fooling his girlfriend (Megalyn Echikunwoke) into thinking he's not broke. His high school nemesis-turned principal (Taran Killam) sticks him in a night school program run by a tough-as-nails teacher (Tiffany Haddish) who goes to hilarious lengths to whip Teddy and his misfit classmates into shape. With Romany Malco, Rob Riggle, Mary Lynn Rajskub. PG-13-rated version; 112 min./Unrated extended version; 117 min. C