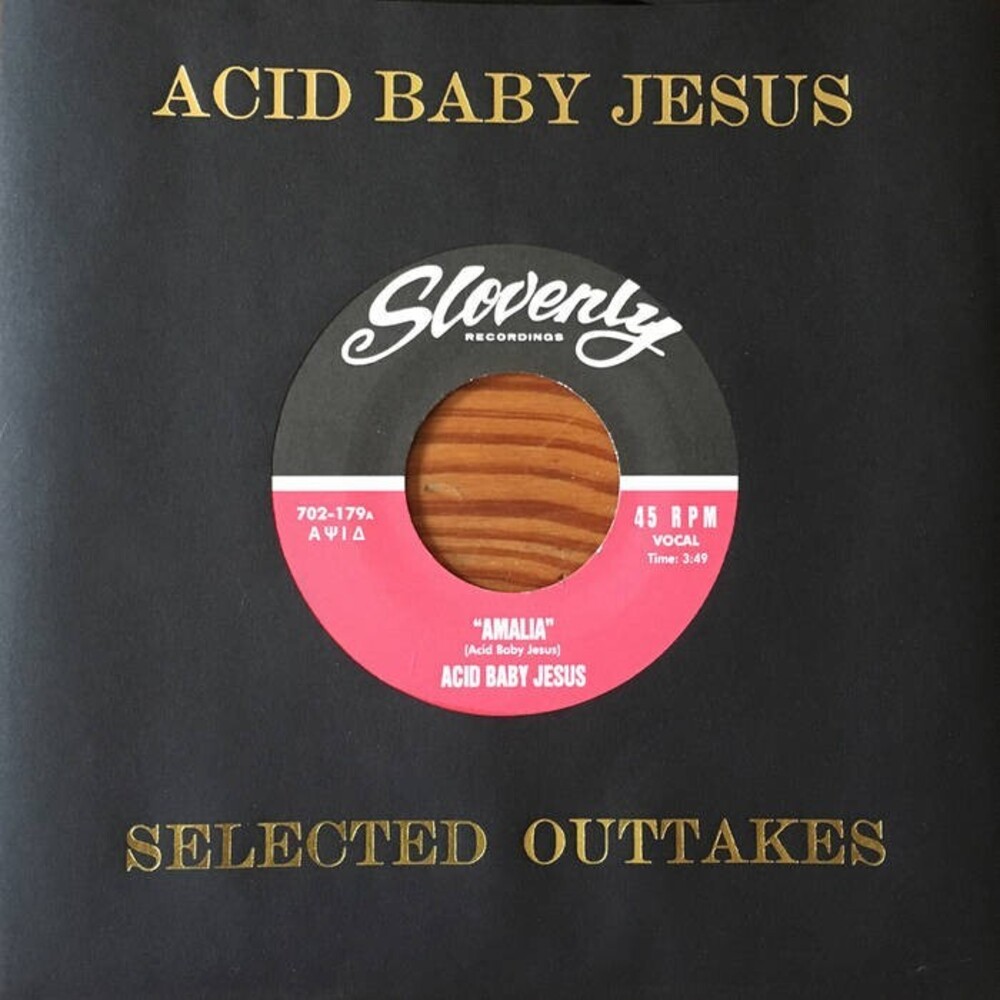 Slovenly is super psyched and psychedelicized to present two long-lost little ditties from Athens' trippiest troupe Acid Baby Jesus. Originally slated for release as bonus tracks on a Japanese edition of the 'Selected Recordings' CD, these songs have now materialized on the 7' format. Familiarity is key here, as these were working versions of two of the 'Selected' tunes: 'Amalia' was eventually realized as 'Night of Pan,' and is presented here in all of it's gooey, exotic glory with completely alternate lyrical content, and what eventually became known as 'Ayahuasca Blues' appears now as 'Hermit' with identical lyrics applied to a shakier, and arguably sexier, beat.