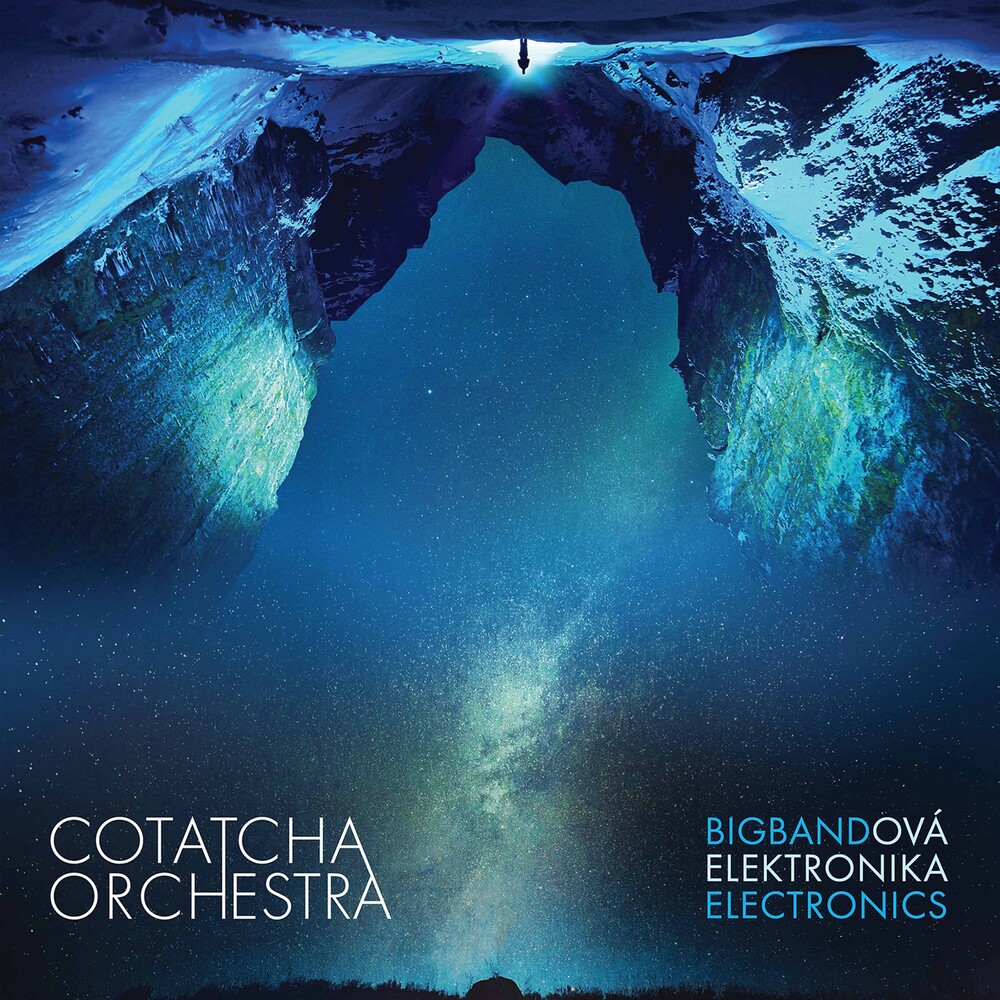 Fresh from Big Round Records comes the Cotatcha Orchestra's BIGBANDOVA ELEKTRONIKA/BIGBAND ELECTRONICS. As it's name suggests, this unprecedented album pairs original big band music with electronic music, concocting a sound-and perhaps even a brand new genre-that listeners have never heard before. Cotatcha Orchestra was the brainchild of trumpeter Jirí Kotaca. His founding mission was simple: play unusual and original big band music. From this seed grew the sound we hear today, a fascinating mix of jazz, Czech music, and electronic music. Rather than reaching for cheap novelty, however, Kotaca saw big band and electronic music as a natural combination. The latter element strengthens the band's music, expands their emotive range, and carries them into the modern era. The names and themes of the compositions are not run-of-the-mill, either; Sardanapalm, for example, combines the name of the last Assyrian king with the explosive agent napalm, positing a thoughtful yet apolitical observation of the west's involvement with the Middle East. The music is at once familiar and profoundly ethereal, combining muted jazz trumpet with an array of electronic sounds. Billy's Pilgrimage is a musical interpretation of Kurt Vonnegut's Slaughterhouse-Five, focusing on the main character, Billy. Piano and rhythmic elements, along with the airy, jazz-steeped voice of guest soloist Lenka Dusilová, form an interpretive soundtrack for Billy's story. And, of course, there's Very Old Lady Driving A Ferrari-a lighthearted musical imagining of an elderly speed-lover taking a summer drive in a sports car. Electric piano, drums, electronics, and an interjecting horn section put the listener firmly in the driver's seat for this exhilarating ride.