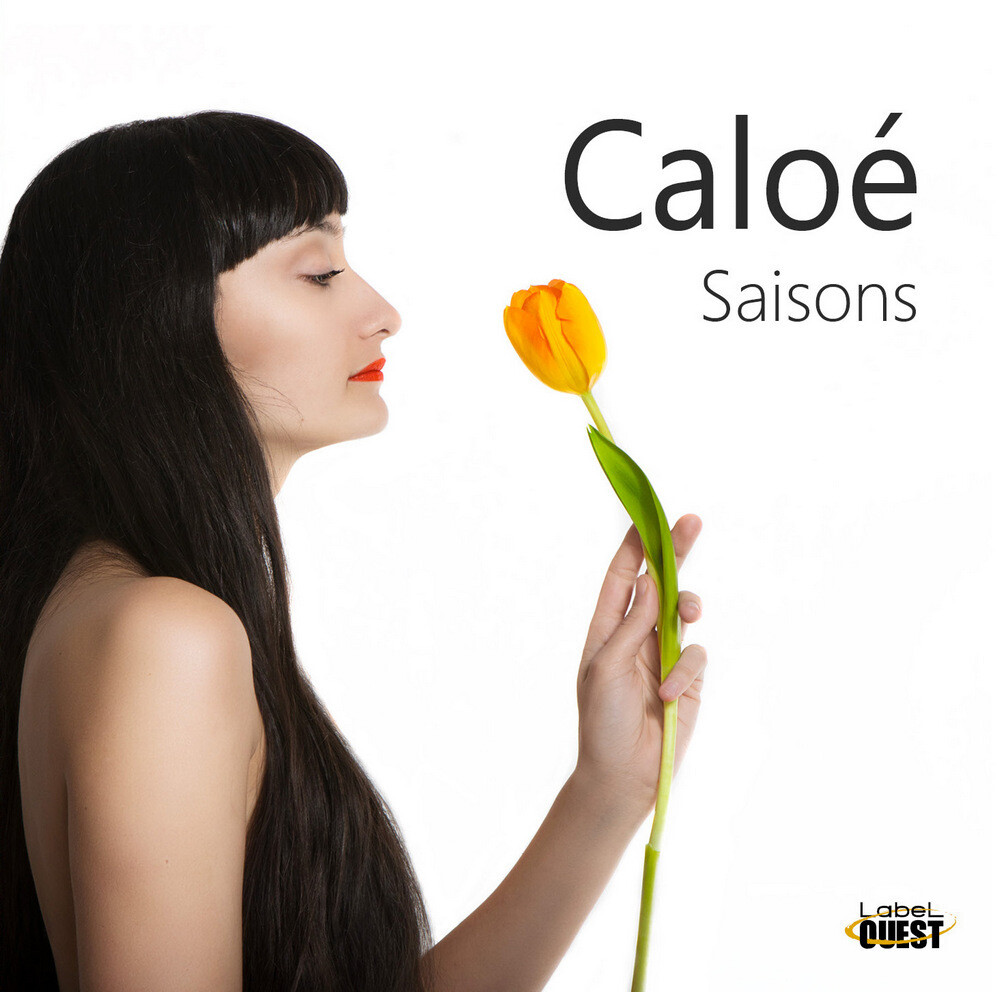 With this first album, the singer and composer CaloĂ© a journey in poetry and song, the rhythm of the seasons. Served by a rhythmic flawless in which emerges the piano Clement Simon, music CaloĂ© seduced both by it's catchy melodies as a consummate art of improvisation, enhanced by it's exchanges with saxophonist Franck Wolf and trumpeter US Ashlin Parker.Between a poetess mother and a lawyer father - defender among other Hara-Kiri - CaloĂ© runs in the family! But this independence of spirit and taste almost "congenital" of freedom, which finds to incarnate in his approach to music, will not be the only sources which will drink the artist. Raised in a musical family, rocked by classical music and song from her childhood, she discovered a musician from the age of 4 years, choosing the violin. Very quickly, improvisation will be part of his language. She leaves the instrument from it's case whenever the opportunity arises, to accompany a text of his mother or a guitarist who pass by, before discovering jazz in adolescence. This music will never leave.But the uniqueness of this course does not immediately lead to dream in "jazz singer" since first studying opera singing (at the Ă‰cole Normale) and jazz violin with Pierre Blanchard. Gradually, she tames his art and forge a style, through the experiences and encounters, as with the musicians of the Hot Sugar Band, swing dancing group with which she left on the roads of France and Europe, finally releasing the violin to devote himself fully to his new instrument: the voice.In order to develop it's own language, CaloĂ© wants to confront the roots. She decided to go on a trip on the other side of the ocean. Roots of Jazz in New York and New Orleans, where she will meet trumpeter Ashlin Parker. Cradle of samba and bossa nova, Brazil, where she will stay for three months. As a way to explore the "seasons" ("so different, she said, from one end to the other world"), which will nourish his inspiration.CaloĂ© sings and composes, writing texts and music, making vocal improvisation playground and one of it's strengths, whether in interpreting melodies she revisits or using "scatting" that it has long worked to master in it's own way. Full of poetry, the lyrics of his songs, in French and English, is married to an eclectic jazz, rich in multiple influences. We find traces of atmospheres "Saint-Germain-des-PrĂ©s" (Summer), a way to revisit the 3 time and celebrate the waltz in the great French tradition (drops), accompanied by dealings with the most modern jazz (Autumn is coming Spring Chiir...). "This album is my way to make you travel through my eyes and ears," says the artist. Exchanges "rapped" with The Crazy Bird (Hope) or the recovery of one of the tubes of the Brazilian composer Cartola (As Rosas Nao falam) show in any case it has more than one string to his bow.It is the discovery of this universe "tangy and vintage," as Thomas calls Lecuyer (programmer Montreux Jazz contest, she was the "heart stroke") invites us CaloĂ©, which already has a good experience it's credit, the French and international stages (Istanbul, Stockholm, Oslo, Latvia, Montenegro...), where she had the opportunity to work with very big names like drummer Dave Weckl.