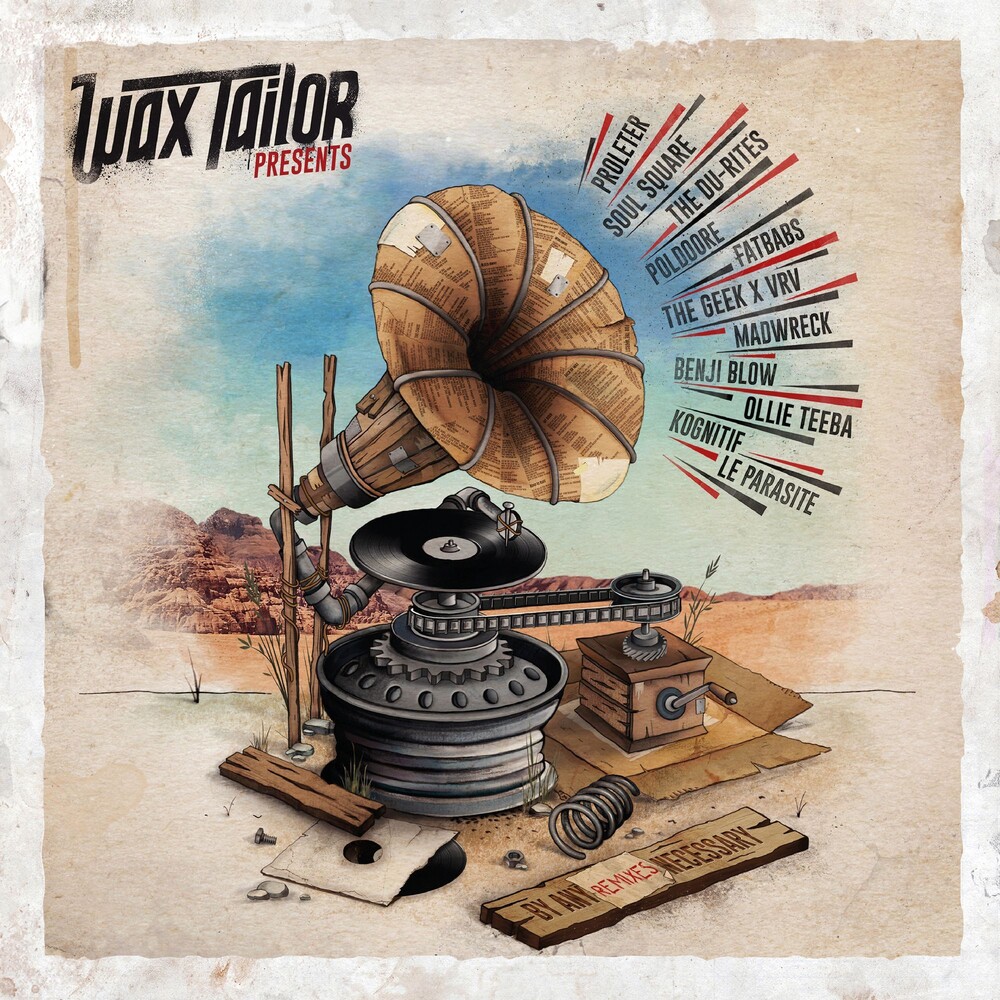 With "By Any Remixes Necessary", Wax Tailor has released the 1st Vinyl connected in the world. Following the release of "By Any Beats Necessary", his lastest studio album, Wax Tailor went on a long world tour. During this tour, he came up with the idea of having this album remixed. Established producers such as Ollie Teeba (The Herbaliser) or the US duo Du-Rites (J-Zone) as well as a cohort of rising artists such as ProleteR, Soul Square, The Geek x Vrv, Poldoore, Kognitif, Fatbabs, Madwreck, Benji Blow, Le Parasite were selected by Wax Tailor to keep a general musical cohesiveness to the project and bring new life to the original album which featured guests such as Ghostface Killah, Lee Fields, Tricky, R. A The Rugged Man, A. F. R. O... ) A vinyl junkie for the ages, Wax Tailor has always fought to defend the format and find new ways to reach out to costumers. In 2009, he released the very first Vinyl - CD Hybrid (https://www. Wired. com/2009/09/wax-tailor-cdvinyl/) & in 2015 he directed the documentary Â« In Wax We Trust Â» (https://youtu. #be/iTXPLhsx6wA). Each LP version of "By Any Remixes Necessary Â» is graced with an NFC chip, bridging the gap between analog and digital. Each listeners in posession of a smartphone can access additional content, such as streaming the album, receive infos on the artist, watch videos, and much more, simply by placing his smartphone on the album cover.
back to top