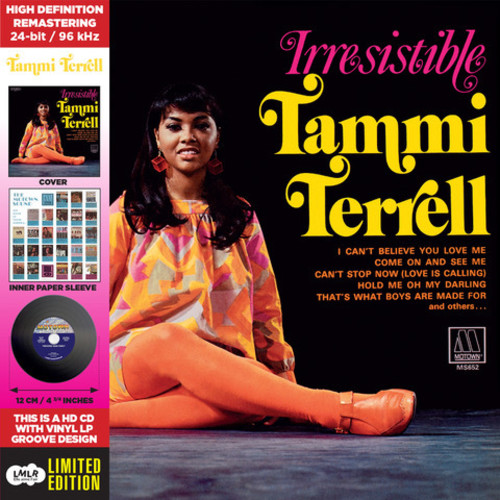 Limited HDCD pressing in mini LP sleeve. High definition 24-bit remastered edition. Irresistible was the only solo album for Tammi Terrell, which was released in January 1969 by Motown Records. Due to complications with a malignant brain tumor in 1968 which caused her death in March 1970, Terrell did not record a subsequent solo album; this album compiles solo recordings Terrell made for Motown between 1965 and 1968. Two of the tracks included on this album were dubbed with vocals from Terrell's frequent singing partner Marvin Gaye to create album tracks for the duo's joint albums. These tracks were "Hold Me Oh My Darling" (on 1967's United) and "I Can't Believe You Love Me" (on 1969's Easy).