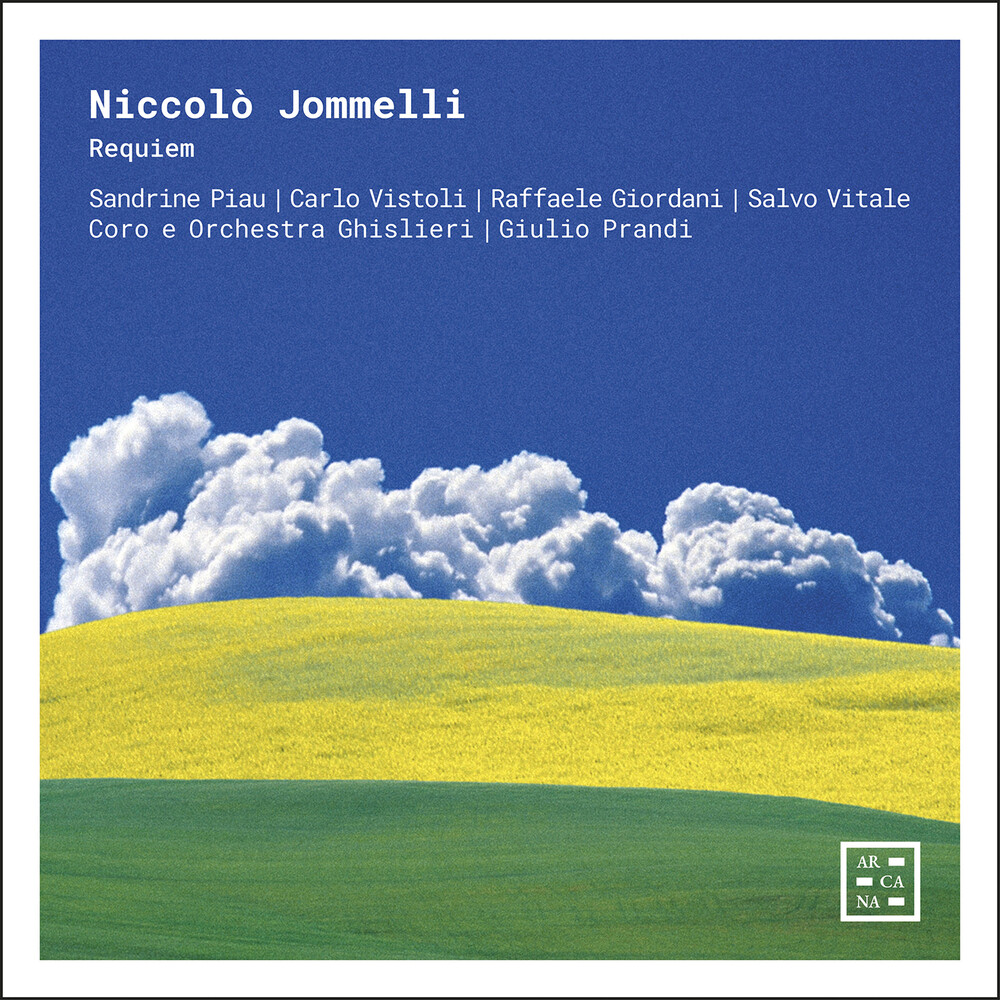 After the great success of their first album for Arcana featuring two unpublished masterpieces by Pergolesi, which won the 'Diapason Decouverte' award, Giulio Prandi and the Coro e Orchestra Ghislieri return with a new recording, devoted to Niccolo Jommelli's Requiem. Composed in 1756 for the solemn obsequies of the Duke of Wurttemberg's mother, it became the most popular Requiem setting in Europe until Mozart's, written in 1791. Jommelli's work, which is bound to surprise even the most seasoned enthusiast of this repertory, is dominated by a luminous intimacy that does not rely on fearsome and spectacular effects, but concentrates on vocal beauty and subtle musical narration. The voices of Sandrine Piau and Carlo Vistoli lie at the heart of a structure in which the choir participates in an iridescent contrapuntal texture making full use of the skills gained during the composer's years in Venice and Rome. The outcome of a long process of research, this recording is based on a new critical edition that presents for the first time a coherent and complete score of the Requiem, and incorporates the sections in plainchant, thus restoring the authentic musical balance Jommelli intended the work's first listeners to experience.