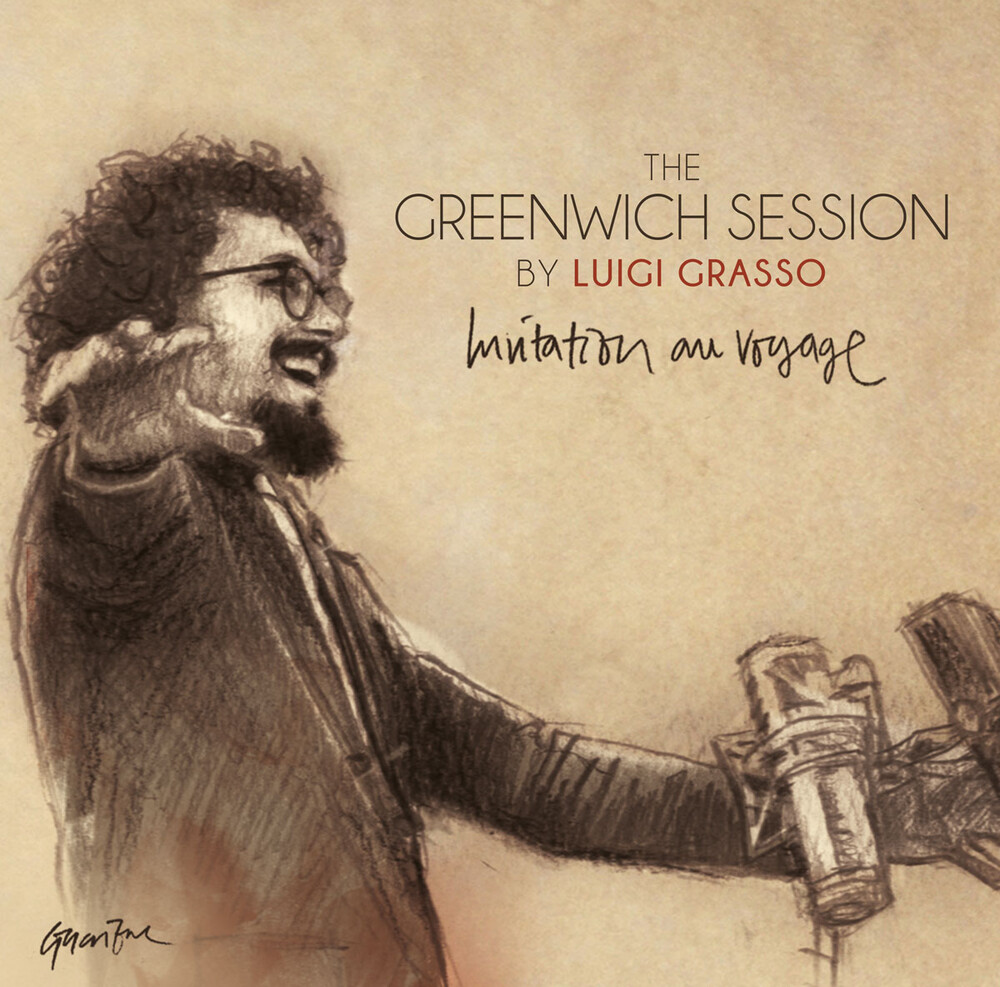 Over the course of twenty years, Grasso formed an indelible bond with the Big Apple - arriving for the first time with music and determination coursing through his veins. It was in Greenwich Village, nestled in the heart of Manhattan between SoHo and Chelsea, that Grasso found his refuge and his muse. Exploring the nooks and crannies of the underground music scene, Grasso discovered exciting movements in Rock, Gospel, R&B, and Soul, but quickly found that in this world, jazz reigns supreme. This once bohemian district, where trees thrive at the foot of red brick buildings, gets it's name from the Greenwich Meridian - often regarded as the world's Prime Meridian - the point from which everything flows to and from the east and west. Here, the young saxophonist from southern Italy developed his daring style and taste. He soon began to fraternize with the best musicians the scene had to offer, putting together the all-star team with which he would record The Greenwich Session. Full of original compositions recounting his travels and tales of bravery, The Greenwich Session showcases an impressive group of virtuosic musicians, including: Pasquale Grasso (gt), Ari Roland (cb), Keith Balla (dr), Fabien Mary (tp), Thomas Savy (Horn) Balthazar Natural (st, eng h) Thomas Gomes (as), Armand Dubois (French horn), Joan Mar SauquĂ© (tp) China Moses (v) and Paola Mazzoli (v). These original compositions, pieces of bravery, recount his travels where his sax released it's word. Hence this irresistible invitation to travel.
back to top