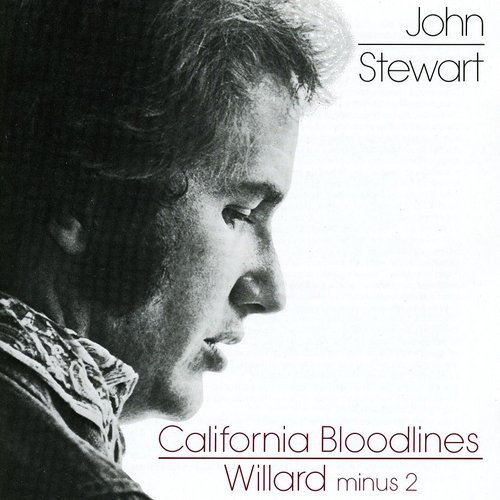 After seven years in the Kingston Trio and several years as a hit songwriter (the Monkees' ?Daydream Believer' etc), John Stewart launched his solo career in 1969 with the Capitol album, 'California Bloodlines'. Recorded in Nashville with many of Music City's frontline pickers (including guitarist Fred Carter, Jr. And steel guitarist Lloyd Green), one hears a hint of Johnny Cash in Stewart's vocals. A year later, Stewart's second album, 'Willard', was recorded in Hollywood with star producer Peter Asher and the likes of James Taylor playing guitar and Doug Kershaw fiddling on one song. There are 24 songs on this collection of Stewart's 1969-70 Capitol recordings, including July You're A Woman, Oldest Living Son, Earth Rider, The Pirates Of Stone County Road, Razorback Woman, and She Believes In Me.