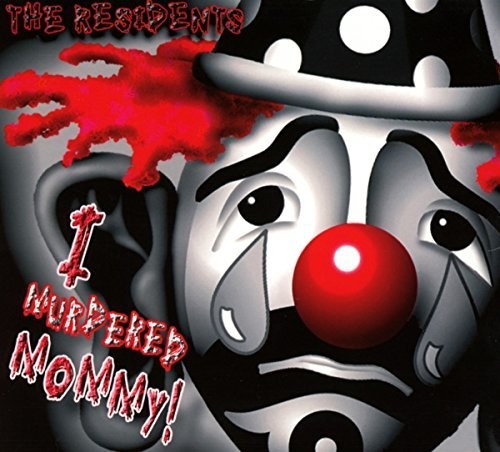 The Residents' soundtrack to a never completed CD ROM game. The 1990s saw The Residents release a series of groundbreaking CD-ROMs. Freak Show was followed up by interactive album Gingerbread Man and then role playing game Bad Day On The Midway. All of these stood head and shoulders above the drivel which increasingly clogged the CD-ROM market and all featured Residential music as an integral part. I Murdered Mommy would have been no exception. Inscape, the company which had released Bad Day, had some reservations with the proposed concept, "an interactive game based on the fantasy life of an emotionally abused 13 year old boy" but as the previous title had sold well they green lighted the project. Unfortunately, shortly after this the aforementioned mountain of inferior titles plus the limitations of the medium (poor capacity) caused the bottom to drop out of the market and Inscape went with it. Musically, all that was left of IMM were some "sketches". In 2004, The Residents took those sketches, fleshed them out and released them in a very limited edition on CD. This re-issue is the first time these music pieces have been made available again. Remastered for this re-issue.