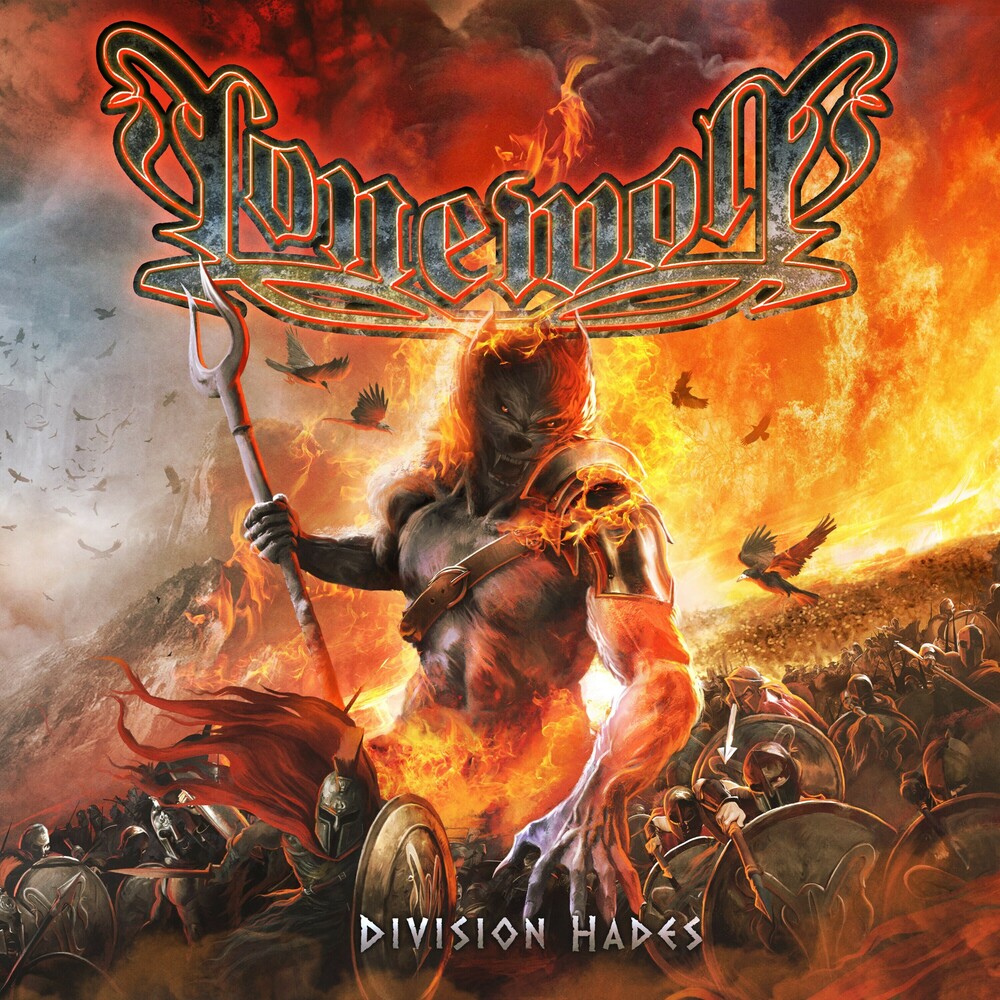 Buckle up, Lonewolf are back with their new album "Division Hades"! The new album is a mix of the Lonewolf sound from their early days, paired with the epic sound as known from "Heathen Dawn". The addition of a new lead guitarist obviously had an impact on the songwriting, as each guitarist has an own style. Damien, the band's new guitarist, already played on the first 3 albums, and brought this "old" feeling and memories back. Musically, you will get what you expect from a Lonewolf album: True heavy metal - mostly the German way! Influences by bands like Running Wild or Grave Digger are (and will always be) noticeable, and combined with Lonewolf's own identity, "Division Hades" turned out to be the band's strongest album so far. True to the motto "never change a running system", Lonewolf continued working with the same talented people: The sound, clear yet very powerful, has again been mixed and mastered by Charles Greywolf (Powerwolf) at Studio Greywolf in Germany. And the artwork has again been done by the very talented Péter Sallai (Sabaton, Hammerfall, Korpiklaani) in the pure tradition of the latest releases, meaning he delivered a great artwork that fits this strong album perfectly. Lyric-wise the album deals with our misdirected society, touches the topic of rebellion but is simply about heavy metal as well. There are also 2 songs that deal with the loss of a parent, and the life after loss. Another one is a tribute to Mark "The Shark" Shelton, whose death shocked the metal scene. Manilla Road always had a huge influence on Lonewolf, so they had to write something about him. Last but not least, "Division Hades" marks the band's 10th studio album, and therefore it had to include something special: The CD Digipak comes with a bonus disc, entitled "Into The Past We Ride", that contains both old and some very rare re-recorded tracks covering the time span between the band's first demo tapes until the second full-length album. Not only fans will enjoy old stuff with a new sound, played by one of the best line-ups Lonewolf ever had - that's for sure!
This website uses cookies to personalize content and analyse traffic in order to offer you a better experience.
I accept Learn More
back to top