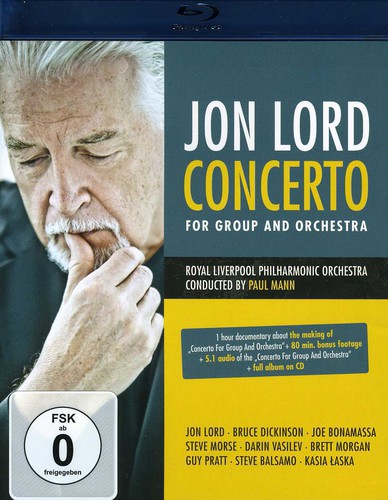 Two disc (CD + DVD) edition. 2012 release, the final album from the late great Rock legend. Jon Lord, the long-time Deep Purple keyboardist, always wanted a studio recording of his famed Concerto for Group and Orchestra. Only recently did he publicly make this wish a reality. In what turned out to be his swan song, he recorded Concerto for Group and Orchestra.Lord assembled guest musicians such as Iron Maiden's Bruce Dickinson, Joe Bonamassa and Steve Morse in the Abbey Road Studios, to work with his trusted partner, director Paul Mann, on the 2012 version of the legendary concert.