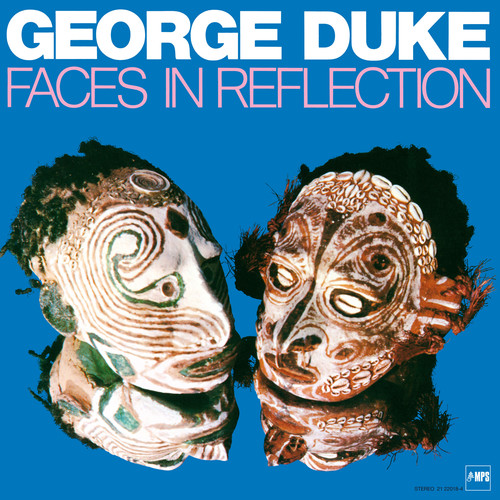 In many ways, this trio recording is a milestone in the career of this young Californian. Duke unveils more of his early experiments with the ARP synthesizer, as well as a new creativity on such more conventional keyboards, as the Wurlitzer, Fender Rhodes, and the clavinet. As a result, "Faces in Reflection" is characterized by a wide variety of tonal hues. The journey moves from the explosive "The Opening" on to the tender-tinged "Capricorn", which Duke had snatched from the Cannonball Adderley repertoire. Adderley had been the second major player he had worked with during that early period; Frank Zappa was the first. Two impressionistic solo intermezzi segue into the funky fusion escapade "Psychosomatic Dung", with superb interplay between drummer "Ndugu" and bassist John Heard. The title piece's secretive synth lines are the moments of calm before Duke's passionate love affair with Brazil on the B side. The most surprising excursion on this side is the vibrant and rhythmically intricate adaptation of Milton Nascimentos' "Maria Três Filhos", counterbalanced by the synth laboratory of "North Beach". Duke himself cherished the recordings; he stated that, "This was the first LP that really said what I wanted to say."