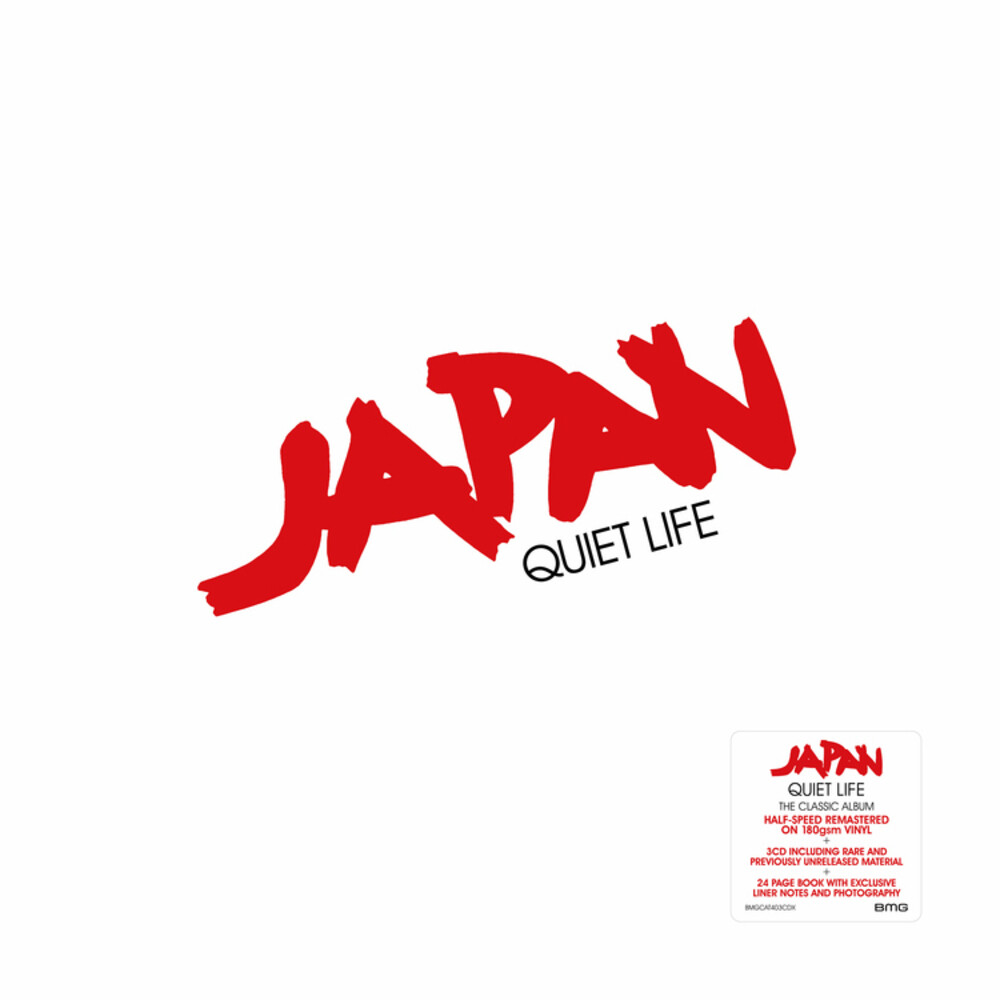 That Japan's breakthrough record Quiet Life was released in both 1979 and 1980 is uniquely fitting for a band who were about to step out of the glam rock, post punk shadows of the late 70s and deliver an as yet genre-less record that would come to define the 80s. Quiet Life was the third, final and most successful release on the Hansa Records label. A forerunner for the alternative/new wave sound of the new decade, the album would become one of the great classic British albums. The record is now the subject of a major new reissue featuring a brand new half-speed remaster of the original album, alt mixes, b-sides, singles, rarities and live material - including the sought after 'lost' Live at Budokan show from March 1980 previously only available as the 4 track EP 'Live in Japan'. The release features newly restored original album artwork, exclusive new liner notes with foreword by original producer, John Punter, rare and unseen photography and memorabilia