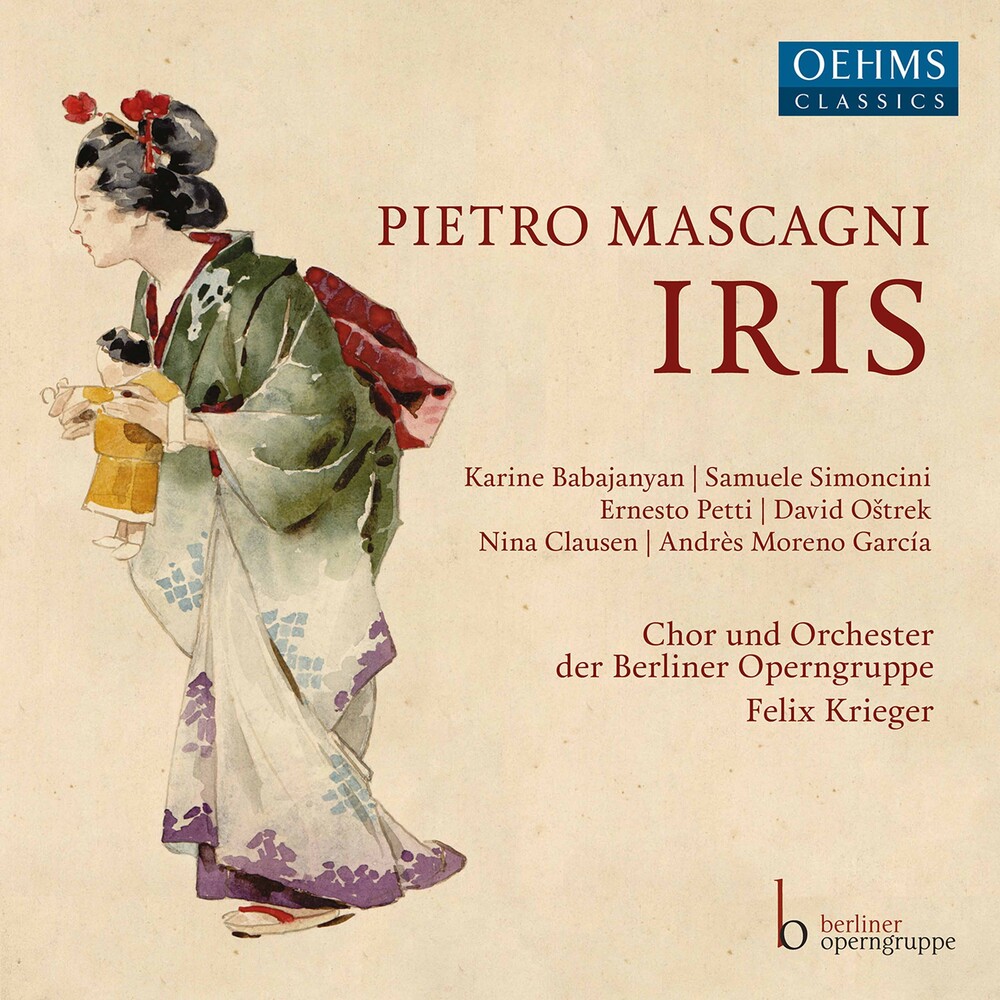 Pietro Mascagni (1863-1945) was one of those composers famous for a single work, the remainder of their oeuvre being practically unknown. His opera Iris is based on the libretto by Luigi Illica, who also wrote the libretti for Puccini operas such as La Bohème, Tosca and Madama Butterfly. It was Illica who gave birth to the idea of an opera about Japan. Exotic subjects, i.e. those set in distant lands, were in vogue throughout Europe, and the Far East in particular was very present at the time. It was Mascagni's express wish to write 'original' music to this specific material, something hitherto unheard-of. This recording with the choir and orchestra of the Berliner Operngruppe under Felix Krieger is a live recording of the Berlin premiere of the original version from the Konzerthaus Berlin. The Berliner Operngruppe celebrated it's 10th anniversary.