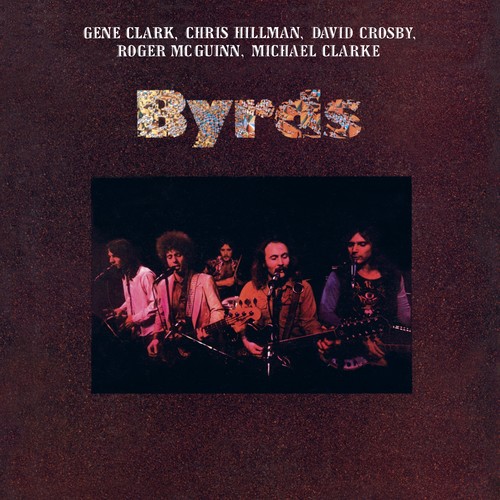 Digitally remastered edition of the legendary 1973 reunion album by The Byrds. Released on the Asylum label in March 1973, Byrds saw the classic line-up of Gene Clark, Chris Hillman, David Crosby, ROGER McGuinn and Michael Clarke fully reunited for the first time since 1966 (when Clark departed the group due to his fear of flying) and following the departure of Clarke and Crosby in 1967 - Clarke to the Flying Burrito Brothers and Crosby to Crosby, Stills and Nash (and Young). Recorded at the Wally Heider studios in Los Angeles during October and November 1972, the album featured compositions by Gene Clark ('Full Circle' and 'Changing Heart'), Roger McGuinn ('Sweet Mary' and 'Born to Rock n' Roll') and Chris Hillman ('Things Will Be Better' and 'Borrowing Time') along with David Crosby's 'Long Live the King' and a new version of 'Laughing' (originally recorded by Crosby on his 1971 solo album If Only I Could Remember My Name). The album also featured a cover version of Joni Mitchell's 'For Free' and two Neil Young compositions; 'Cowgirl in the Sand' and '(See the Sky) About to Rain', the latter not released by Young himself until 1974 when his version appeared on the album On the Beach. This remastered edition of Byrds restores the original album artwork and features an illustrated booklet with essay.