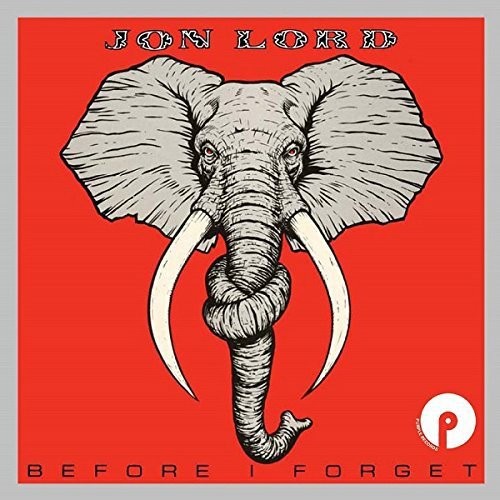 Digitally remastered and expanded edition. Before I Forget was originally released on Harvest Records in June 1982, when Jon Lord was moonlighting from tinkling the ivories in Whitesnake. Originally making his mark with the Artwoods and then playing keyboards with Deep Purple, Lord also enjoyed a series of significant side projects. Following Deep Purple's split in 1976, Lord joined Whitesnake for their 1978 debut Trouble. Before I Forget features an impressive cast of supporting musicians, including Whitesnake's Bernie Marsden and Neil Murray on guitar and bass respectively, drumming legends Ian Paice (Deep Purple and Whitesnake), Cozy Powell (Jeff Beck, Rainbow, Whitesnake, MSG & Black Sabbath) and Simon Philips (Judas Priest, Jeff Beck, MSG, Mike Oldfield and Toto). They're joined by the singing talents of Vicky and Sam Brown as well as Elmer Gantry, and topped off with appearances from Boz Burrell, Simon Kirke and Mick Ralphs courtesy of Bad Company. The original eight track album is augmented by the 7" edit of the single 'Bach Onto This' plus the b-side 'Going Home', as well as an outtake from the album, 'Ravel's Pavane'. Booklet contains contemporary photos from the release of the album and liner notes from bassist Neil Murray.