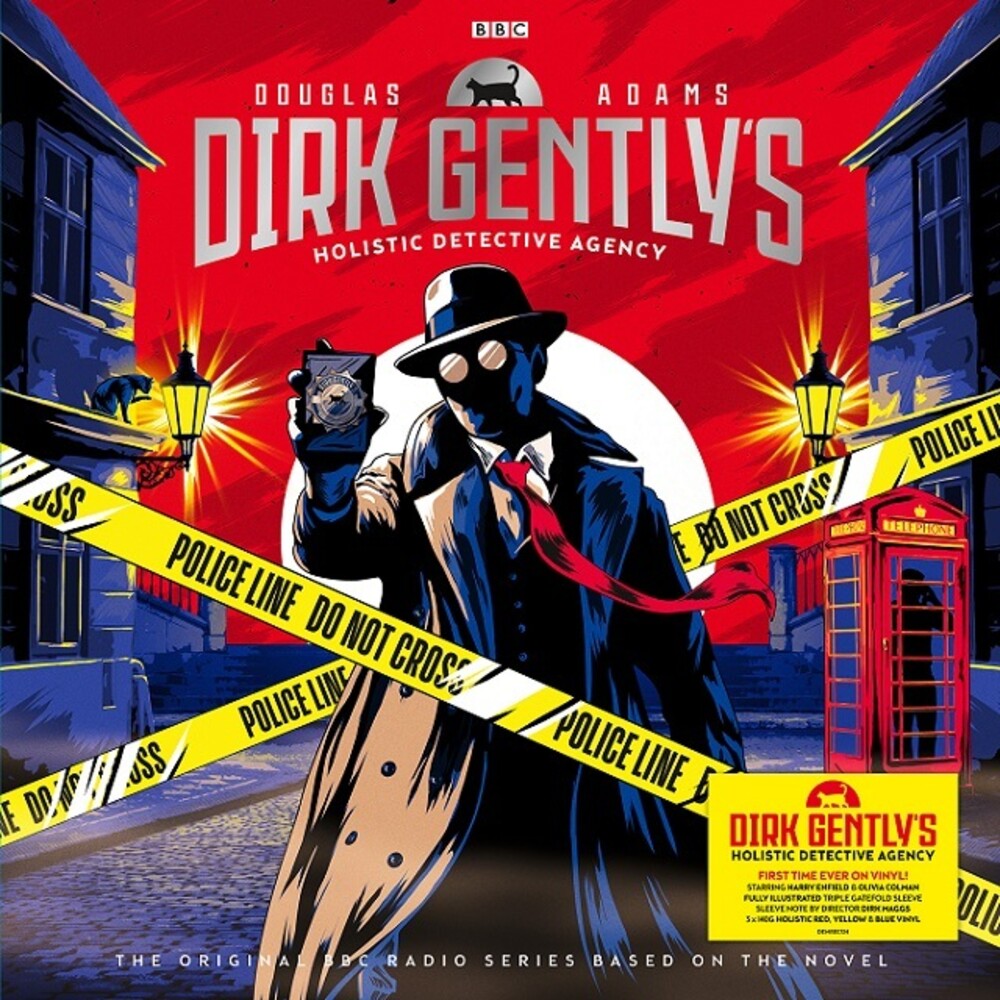 Triple red, yellow, and blue colored vinyl LP pressing in gatefold sleeve. Dirk Gently's Holistic Detective Agency stars Harry Enfield as the singular detective in this full-cast BBC radio dramatization of the novel by Douglas Adams. First broadcast on Radio 4 in 2007, these fantastically entertaining comedy sci-fi dramas are adapted and directed by Dirk Maggs, acclaimed for his dramatizations of The Hitchhiker's Guide to the Galaxy, Good Omens, Neverwhere and many others. Dirk Gently has an unshakeable faith in the interconnectedness of all things. His Holistic Detective Agency mainly succeeds in tracking down missing cats - until he becomes embroiled in a supernatural case that will test his belief to the limits. When an old friend starts behaving strangely, Dirk is drawn into a murder investigation involving quantum physics, an Electric Monk, and an ancient mystery that must be solved if the human race is to avoid immediate extinction. Presented in an illustrated triple gatefold sleeve, with an exclusive sleeve note by Dirk Maggs