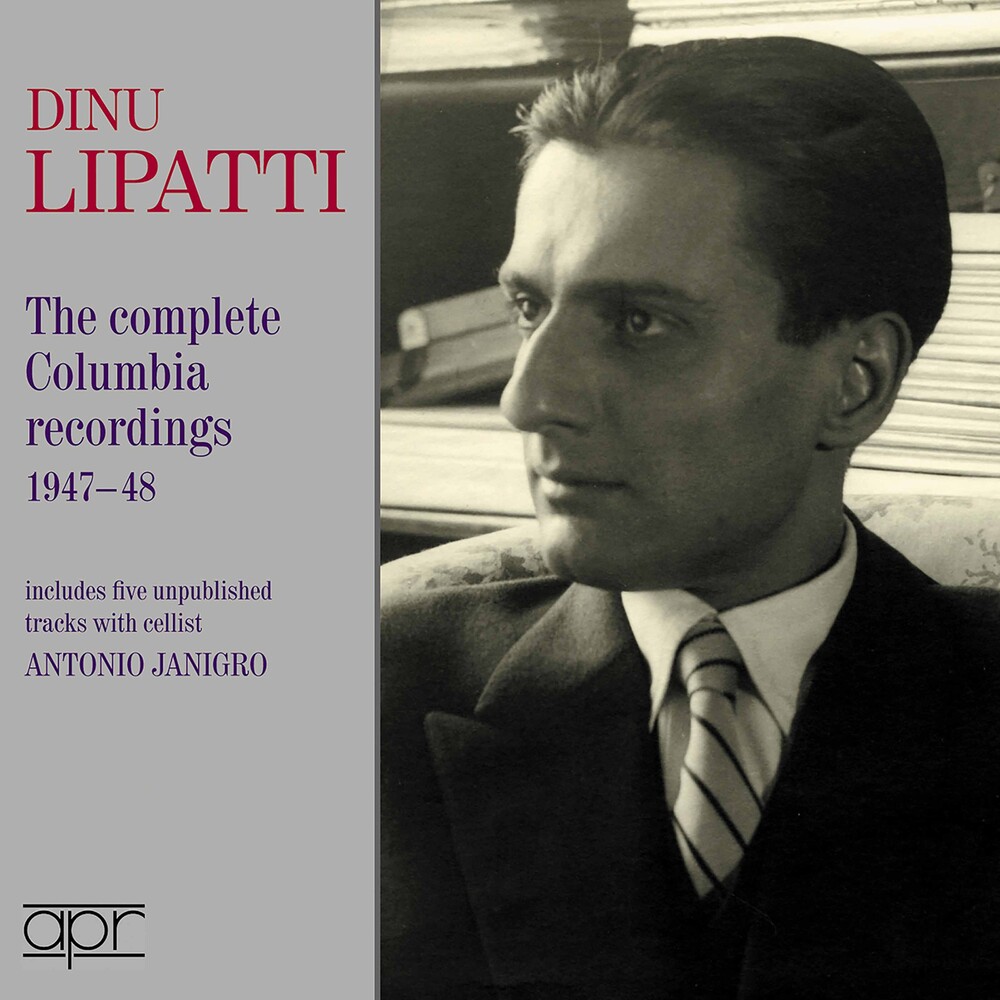 The magnificent series of recordings Dinu Lipatti made for Columbia in 1947-8 needs no introduction. They contain some of the most highly regarded performances ever committed to album and have remained in the catalogue almost continuously since their first issue on 78s. What makes the current set unique is the inclusion of five test albums made with the cellist Antonio Janigro, only two of which have appeared previously, and new masterings which reveal more of the original recordings than before. For the 1947 London recordings (originally released in 1999) APR had access to vinyl pressings from the original 78rpm masters and these have been further enhanced. For the newly transferred 1948 sessions, the original 78s were used rather that the subsequent LP issue (itself derived from the 78rpm masters) which appears to have been used in all other transfers. These turned out to have a much brighter sound and more ambience than the rather dull and filtered LP. We strongly believe the Schumann Concerto has never sounded so good!