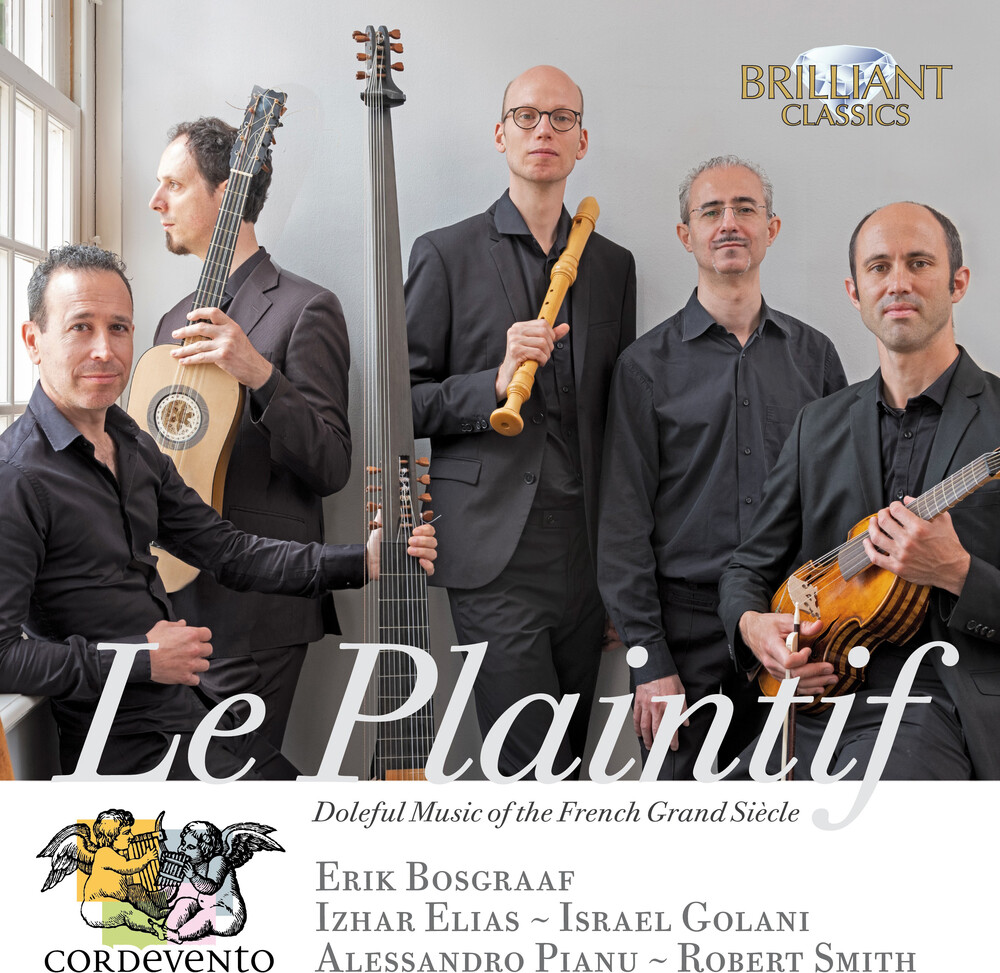 An 'illuminating' series (Fanfare) reaches Volume 9, presenting the complete piano sonatas on instruments of the period. The French grand siècle is most often viewed through the gilt-framed mirrors of Versailles, showing the pomp and splendour, the feasts and formality of Louis XIV's reign. However, the composers of his court took special pains to represent and analyze the human condition in all it's moods, not least mourning and sadness. The entire aesthetic imaginary of this era is imbued with the power and charm of tears: the audience - in the words of philosopher Bernard de Fontenelle - wants 'to be moved, agitated, [...] to shed tears. The pleasure one takes in crying is so curious that I cannot help but think about it.' The aesthetic of sorrow and grief was so powerful that not even instrumental music could resist it's charm. Marais, Hotteterre and their contemporaries wrote eloquent examples of the plainte and the tombeau as well as courantes and allemandes which conveyed a sad and lamenting mood, through slow tempos, minor modes dissonance and chromaticism. It is from this eloquent repertoire that Cordevento, expanded for the occasion to a five-person lineup, has assembled an imaginative programme. The lion's share is drawn from two collections of suites en trio by Marin Marais and Antoine Dornel, performed by Erik Bosgraaf (recorder) and Robert Smith (treble viola da gamba) with their colleagues Izhar Elias, Israel Golani and Alessandro Pianu (respectively on baroque guitar, theorbo, harpsichord) providing attentive and generous continuo accompaniment. Erik Bosgraaf also takes the spotlight with a selection of pieces for solo recorder and basso continuo by Hotteterre, Philidor and Montéclair, while his Cordevento co-founders Izhar Elias and Alessandro Pianu contribute solo pieces by Campion and d'Anglebert.