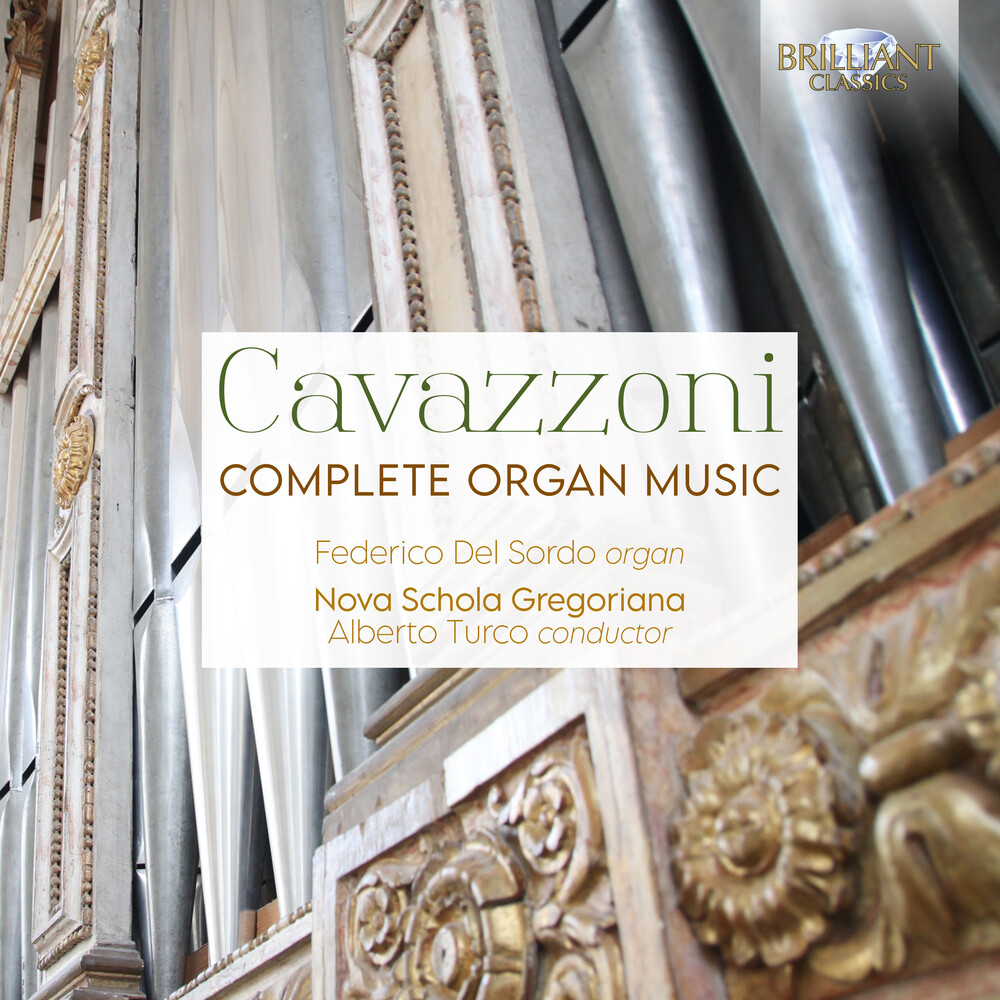 Born in northern Italy around the turn of the 16th century - no more precise data is available - Girolamo Cavazzoni became organist of the cathedral in Mantova in 1621 and soon after entered the service of the Gonzaga family whose lavish artistic patronage sponsored and encouraged many of the finest Italian composers of the day. During his Mantuan years Cavazzoni taught the organ to Costanzo Antegnati (1549-1624), son of the organ builder at S Barbara, Graziadio Antegnati. Costanzo's L'arte organica (Brescia, 1608) recalls Cavazzoni as 'Hieronimo d'Urbino già mio honorato maestro'. In 1565-6 he supervised the building of the organ in the church of S Barbara, Mantua, and also played the organ there at Mass. This is the very instrument played by Federico Del Sordo, lending his recording a unique authenticity and powerful sense of place and time. The restoration of the single-manual Santa Barbara organ (1995-2006) was undertaken by Giorgio Carli with the aim of returning the instrument to it's original pristine state as far as possible, rather than extending or 'improving' it, and thus the colors of the instrument closely resemble those with which Cavazzoni was familiar. Much of the music here was written for liturgical performance in the alternatim fashion, whereby verses of the Mass text, the Magnificat or an antiphon are alternatively played and embroidered by the organ and then chanted by a choir. Federico Del Sordo draws on two original volumes, printed in Venice in the 1540s, plus a pair of ricercars to be found in multi-authored collections of the time. Together they build a portrait of a composer as stylish as he was pragmatic.