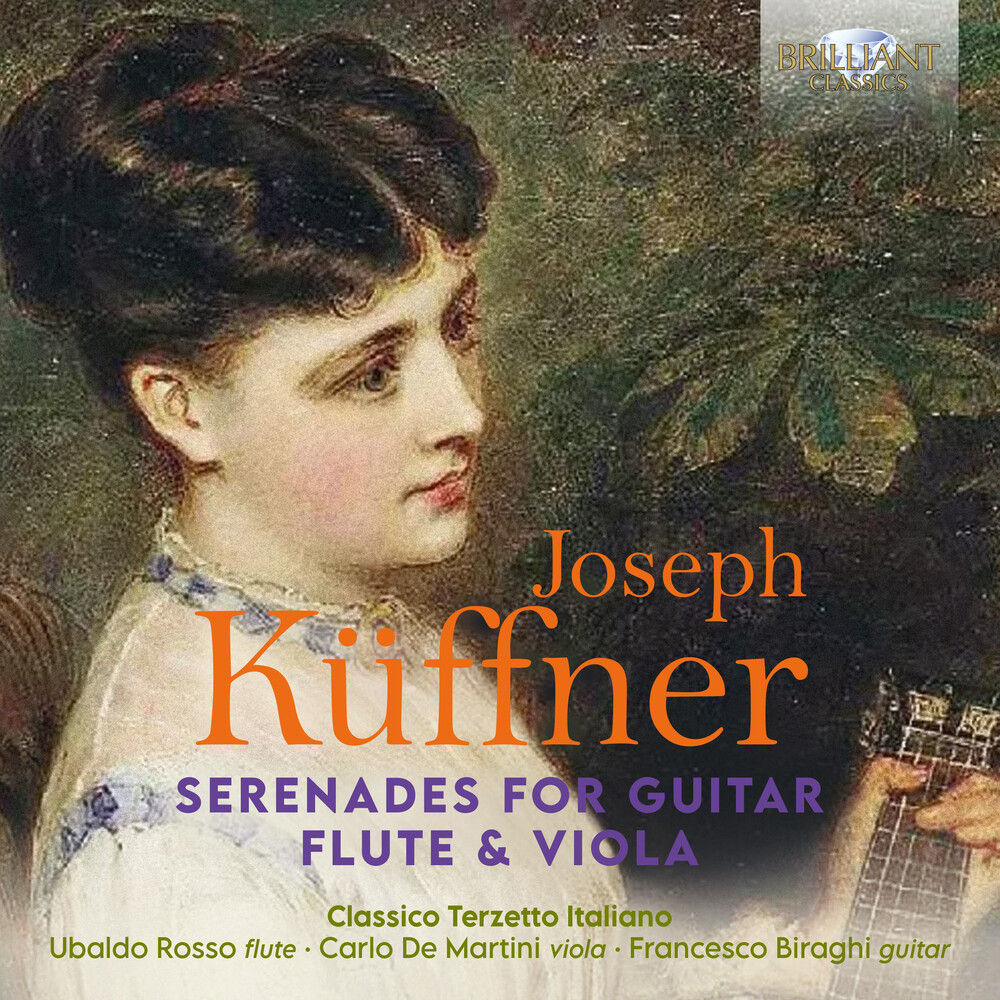 The first album dedicated to a Bavarian contemporary of Schubert, featuring a trio of easy-on-the-ear serenades in new recordings, played by an experienced Italian ensemble with a track record of success in reviving forgotten corners of 19th-century salon music. Joseph Küffner (1776-1856) trained as a lawyer but studied the guitar and violin in his spare time. No ordinary 'amateur' musician, he performed concertos by Viotti and Mestrino in public, and in due course became a teacher of those instruments, then a regimental band leader; by the age of 30 he was a court musician for Archduke Ferdinand. Two years later, in 1808, his own music was first published - a set of dances for violin and guitar - but many of his surviving pieces remain in manuscript, including seven symphonies. Most of Küffner's music, however, was composed for his own instruments, and tailored with an eye and ear to a lucrative domestic audience. Some 25 pieces are scored for the combination of flute, viola and guitar heard on this new album, most of them serenades, fantasies or pot-pourris, all unfailingly well-crafted and cheerful in temperament. Having read through most of them, the Classico Terzetto Italiano has to record three of the most delightful. Op.4 is, unusually, cast in a minor key, though hardly tragic in mood. Op.10 is dedicated to the Grand Duke of Würzburg: a tribute from one military man to another, and quoting a march from a then-popular opera, Kreutzer's Lodoïska. Op.15 includes a witty minuet and what sounds like a homage to Mozart closing with a virtuosic Galop which tests the guitarist's technique with it's brilliant figuration.
back to top