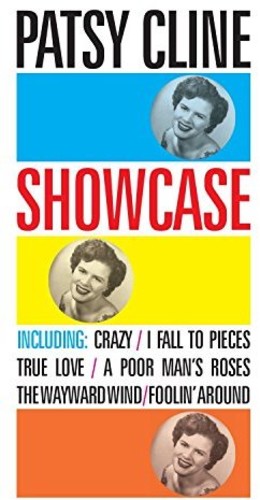 Still considered among the greatest female country singers of all time, Patsy Cline is one of the few artists whose popularity has increased with each passing year. Despite her death in a plane crash in 1963, her repertoire is being constantly released, re-appraised and well received, thanks in no insignificant part to an almost timeless quality to her work. Showcase is another album that fits expertly into that category. The album was built around the twin successes of I Fall To Pieces and Crazy, with the latter subsequently becoming something of a signature song for Patsy. Indeed, her rendition has surpassed Willie Nelson s original in popularity, which is perhaps one of the greatest accolades that can be afforded Patsy.