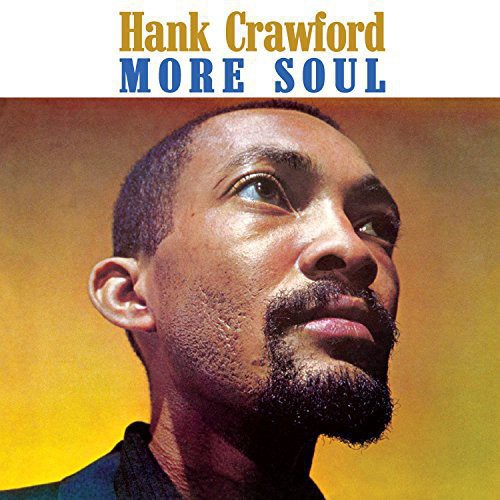 UK reissue. Hank Crawford was still Ray Charles's musical director when he launched a solo career, with Brother Ray on hand to lend both a hand and a few musicians to Hank's debut MORE SOUL. Hank assembled a seven piece band for the album, including saxophonists David 'Fathead' Newman and Leroy 'Bog' Cooper, bassist Edgar Willis and drummer Milton Turner, all of whom were members of Ray Charles' backing band. Rounding out the septet were trumpeters Phillip Guilbeau and John Hunt. Ray Charles himself handled arrangements on 'The Story', with Hank taking care of those duties on the remaining six tracks. If recording as a septet on a debut outing was something of a risky venture, then MORE SOUL showed that Hank Crawford could pull it off. The playing is tight, no more or no less than you'd expect given the years of experience within the group, but this is in no way formulaic. MORE SOUL set something of a template for Hank; Hard Bop Jazz inflected with more than a hint of Soul. It sounds as fresh now as it did when originally released in 1960.