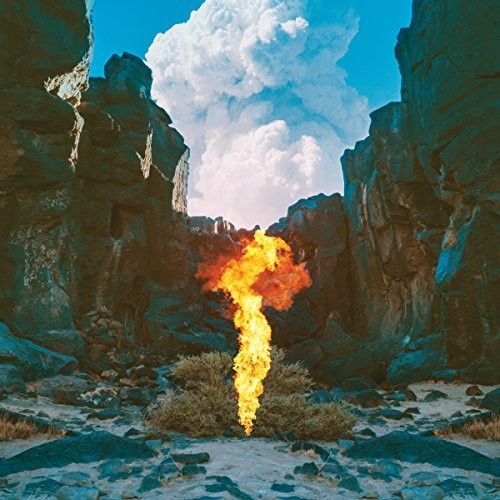 Simon Green aka Bonobo returns with his sixth album, the masterful, magisterial Migration - a record which cements his place in the very highest echelons of electronic music and beyond. By turns lush, manic, beautiful, melancholy, joyful, and packed with both emotion and technical skill, this is perhaps his most ambitious attempt yet to capture the very textures of human existence in his work, as Green says of the broad dynamics on the album, "Life has highs, lows, loud and quiet moments, beautiful ones and ugly ones. Music is a reﬂection of life." In particular, there is a theme here of migration, eruditely put by Green as "The study of people and spaces," he expands, "It's interesting how one person will take an inﬂuence from one part of the world and move with that inﬂuence and effect another part of the world. Over time, the identities of new places evolve." It is a theme with a personal as well as a sociological aspect to it.

Opener and title track "Migration" sets the tone for the record - a shifting, gradually building combination of complex electronic programming (Green programmed a special algorithm to create the drum sequencing) and live piano playing, the sense of movement in the music is palpable. "Outlier" channels a swinging take on two-step back into luscious romanticism, before changing direction and ﬁnishing on the dance-ﬂoor (not for nothing has Bonobo talked about the central importance to the overall feel of the album of his all-night Output DJ residencies in NY where he road-tested tracks, his 'Outlier' club curation series and visits to the Kompakt Studios). "Second Sun" mixes guitar, feedback, and strings in completely unfamiliar ways. "Kerala" takes an R&B vocal sample from a classic Brandy track and uses it more as texture than as voice. This innovation is expanded upon and broadened on "Grains," this time with the voice of folk godfather Pete Seeger.
Beyond this, Green continues his theme of migration, through his guests and also his choice of found sound, which both strengthen and deepen "the transitory nature of the record." Michael Milosh, from the LA group Rhye, for instance, is originally from Canada and recorded his affecting vocal over a harp and beautiful horn work in a hotel room in Berlin. Green, meanwhile, built the structure of the track during a transatlantic ﬂight (another meaning of Migration rests in the fact of making large chunks of the record while out on the road). Nick Murphy (formerly known as Chet Faker), on the other hand, is from Australia, but a shared love of disco brought the pair together for the hugely emotive "No Reason." Nicole Miglis of Hundred Waters delivers a superbly understated vocal for the glistening textures of "Surface," while Moroccan band Innov Gnawa, based in New York, make up the last of the vocals, offering real grit and beauty to the housey shufﬂe of "Bambro Koyo Ganda." Additionally, Green has used a sampler ("but not in a big boomer, wearing a cagoul kind of way") and woven found sounds, such as an elevator in a Hong Kong airport, rain in Seattle, a tumble dryer in Atlanta, and a fan boat engine in New Orleans, into his intricate sonics.
His 2013 album The North Borders went Top 30 in the UK and was Number 1 in the electronic charts in both the US and UK. In support of that record, the 12 piece band Green runs played 175 shows worldwide, including two sell-outs at the Sydney Opera House, an all-day festival at the Roundhouse, and a sold out show at Alexandra Palace, plus a number of high proﬁle festival slots. Bonobo has built a large, loyal, and engaged global fan-base: over half a million album sales and over one hundred and ﬁfty million streams on Spotify point to the levels of success achieved by this self-effacing man.