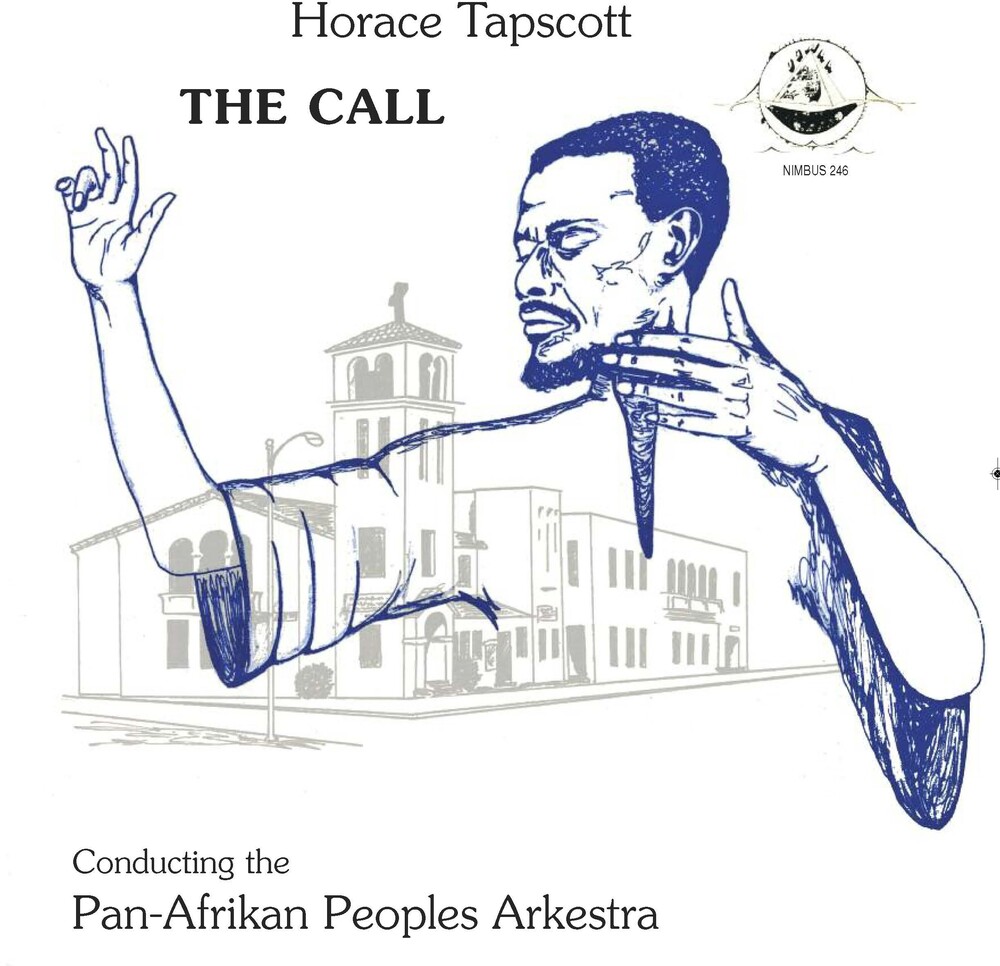 Through his dedication to the Los Angeles grassroots projects that gave so much stability and focus to many younger musicians, artists and the community, Horace Tapscott became a neighbourhood hero at a time when the world wanted his presence. He stayed in Los Angeles and focused instead on building a community, rarely giving interviews and instead focusing on passing on the message from his mentors. He shaped a unique sound with his arkestra and community minded musicians. It was a close-knit family that emanated a sound that was deep and unique, flowing with a creative spirit that definitely comes through on this album.In 1961 he founded the Pan-African Peoples Arkestra, which aimed to preserve, develop and publicise African-American music through the ever-growing family that emanated within many of the deprived areas of Los Angeles. Through his subsequent collaboration with Bruce Albach, a producer and founder of Nimbus West Records, they sought to document the importance of this music alongside many artists who were energetically linked to the ethos and understanding which came from the collective dialogue.Here the composer leads four extensive arrangements through his 16 piece orchestra, featuring many of the Nimbus West artists including Adele Sebastian, Jesse Sharps and Linda Hill. The music weaves the sound of afro-futuristic music through changing tempos and a relentless dynamic expressive sound that is complex and beguiling with a deep spiritual sound throughout all four tracks.The ceremonial 'Peyete Song no. III' is a great swirling evocative piece from the large collective, with amazing solos from especially Horace Tapscott who seems to find a sound from the piano that is from another dimension. The arrangement airs an important message of a people and their rituals.Horace Tapscott gives Cal Massey's composition 'Nakatini Suite' a splendid futuristic big band interpretation. The composition had been earlier illuminated by both Lee Morgan on his 'Lee-Way' album and John Coltrane on his 'Believer' album titled 'Nakatini Serenade'. Through the more expansive soundscape, the interpretation allows for some great interplay between saxophonist Jesse Sharps and drummer Everett Brown Jr. With the whole orchestra led by Horace Tapscott capturing the essence of Cal Massey's message.Vocalist Adele Sebastian opens up the free probing arrangement 'Quagmire Manor at 5am' composition with a similar delivery as with her 'Day Dream' from the classic 'Desert Fairy Princess' album before the music takes off onto the mothership adding a sense of what time and space within the manner was about amongst many great musicians and artists. Their journey and moments encapsulated within the music.There are certain albums you hear something new every time you revisit the music and this is one of those albums. An important part of Afro-American history; the politics and art which surrounded the album. If you get a chance check out the film 'Horace Tapscott, Musical Griot', by filmmaker Barbara McCullough, or buy the book 'Songs Of The Unsung': The Musical & Social Journey of Horace Tapscott'.