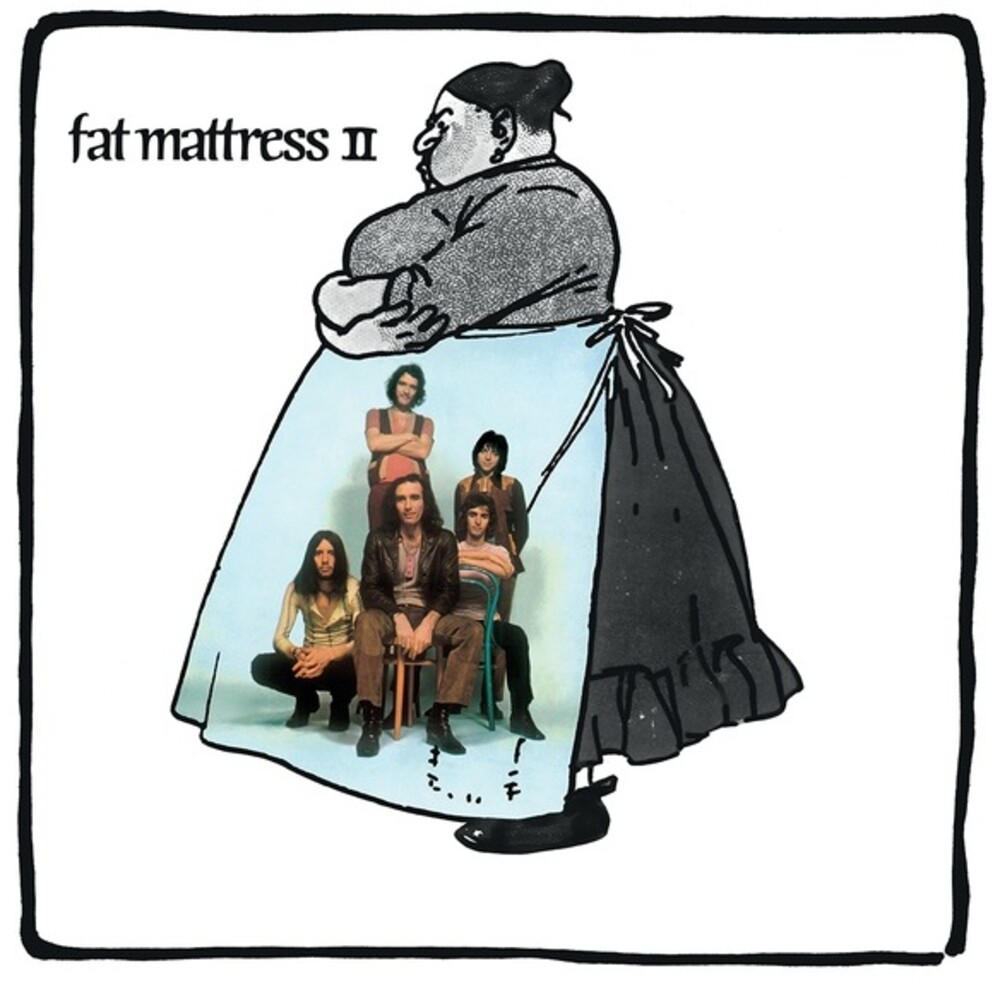 Vinyl LP pressing. Trading Places present a reissue of Fat Mattress II, originally released in 1970. Noel Redding made a big splash as bassist with the Jimi Hendrix Experience, but he was really a guitarist, having played with singer-songwriter Neil Landon in the Brunettes as a teenager. When Redding left the Experience, and Landon quit Engelbert Humperdinck's band, the pair formed Fat Mattress with Humperdinck's drummer, Eric Dillon, and bassist Jim Leverton, signing to Polydor for the self-titled debut album in 1969. Second album Fat Mattress II benefits from the presence of expressive keyboardist Mick Weaver, aka Wynder K Frogg, and on some tracks, Quartermass guitarist Steve Hammond, but Redding remains the major draw, as heard on the songs "Highway", "At The Ball" and "People". As with it's predecessor, the album is based largely on the pleasantly-melodic shades of psychedelic folk rock, with a few rough rock edges along the way; this edition has a rare album outtake, "Hall Of Kings", and 1970 single B-side "Black Sheep Of The Family" as bonus tracks. The album emphasizes that Redding was a superb guitarist as well as a fine songwriter, giving a different perspective on his contributions in Jimi's band and beyond. Licensed from Cherry Red.
back to top