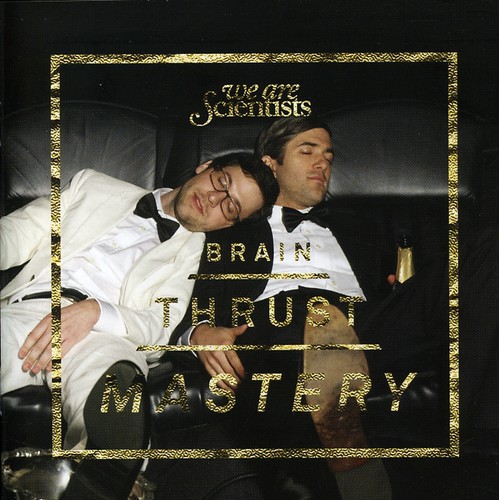 UK pressing of the 2008 sophomore album from the Brooklyn trio, the follow-up to their hit album with Love And Squalor. The band spent 2007 at weight-loss camps, alcoholics' dry-out facilities, and a race car school, yet also found time to pen, record and road-test this sophomore offering. If WAS's first album had been far, far better than it was, and of a far more mature style, and if they had then released a limp, unenjoyable second record, and if Brain Thrust Mastery were actually their third album, it would be hailed as a "return to form", as "equal to - in many ways an improvement on - the monumental debut". Virgin. 2008.
back to top