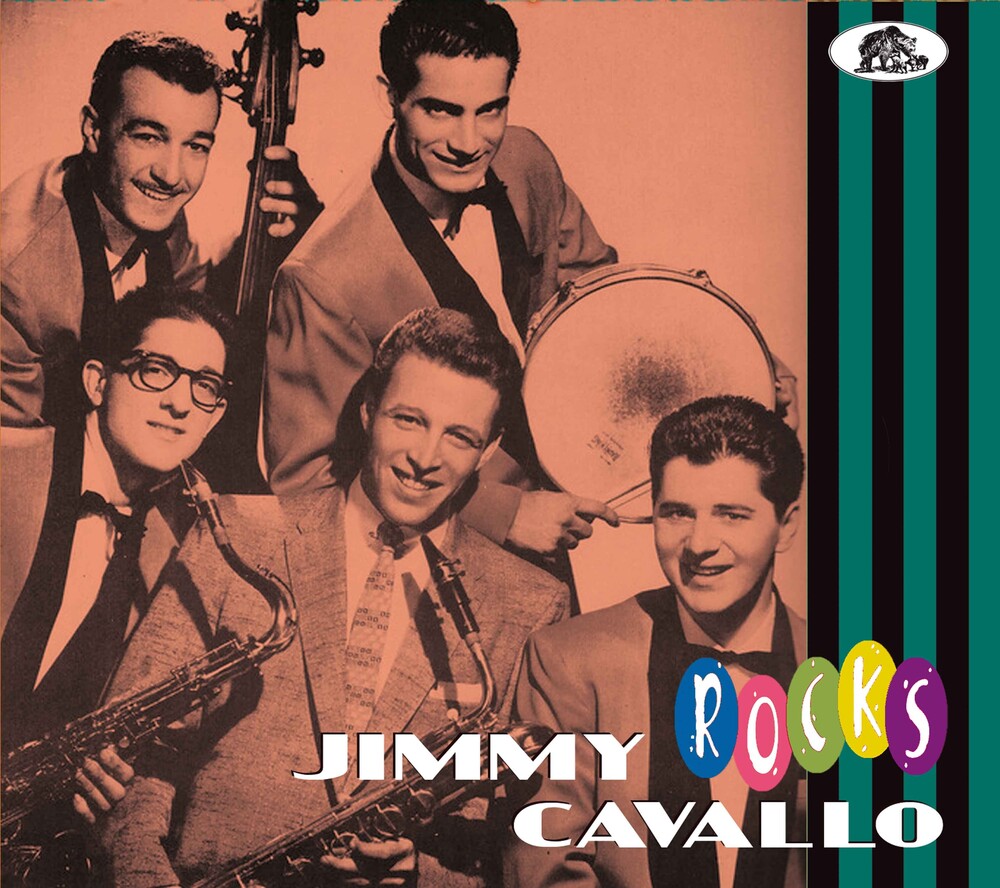 -With this overdue music retrospective Bear Family Recordsr provides a splendid overview of the career of Jimmy Cavallo and His House Rockers from 1956 to 2006! -It's evident here how Cavallo went from rhythm 'n' blues to the Northern Band sound and later found his way back to his R&B roots. -Cavallo's songs never made the charts, he was always overshadowed by the famous style related Bill Haley - but this CD proves the liveliness and danceability of Jimmy Cavallo's music. -The album in our renowned 'Rocks' series contains all the recordings from the 1950s, including all the Coral masters and rare live recordings from Alan Freed's 'Rock And Roll Dance Party' shows. -The numbers recorded by Cavallo in 1959/'60 for the Sunnyside and Hand labels are among today's sought-after rarities. -The compilation is rounded off with two 'newer' recordings for Blue Wave Records! -The 36-page color booklet includes the Cavallo story written by noted Chicago music journalist Bill Dahl, plus rare photos, illustrations and discographical details. Among Jimmy Cavallo's greatest achievements is his appearance in the 1956 rock 'n' roll film 'Rock, Rock, Rock.' In addition to the title song, he can be seen and heard on two more pieces. The 'Rocks' compilation on Bear Family Recordsr covers Jimmy Cavallo's entire career, from his first recordings in 1956, through the aforementioned film recordings, the complete Coral material and the rare singles on Sunnyside, Hand and Darcy. In addition, as a special treat, there are two live recordings from an Alan Freed show in 1956, a selected track from a 1972 EP, and two more recent recordings from the Blue Wave label. Jimmy Cavallo was active until his death in 2019. Cavallo or Cavello? This mystery, too, is revealed in Bill Dahl's Jimmy Cavallo story in the 36-page color booklet. The well-known music journalist from Chicago has not only meticulously researched, he also consulted several interviews with Jimmy Cavallo at the time.
back to top