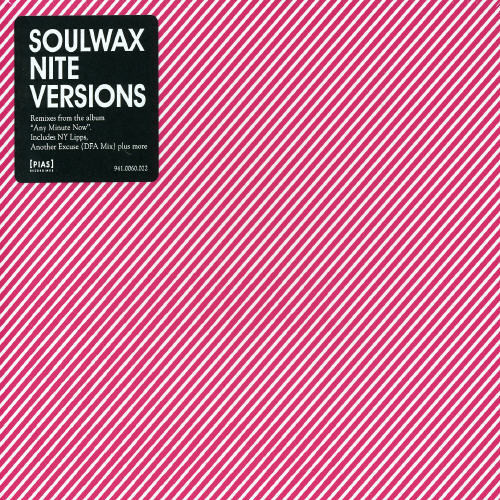 Soulwax always seem to take two steps ahead on the music scene and their new album 'Nite Version' is no exception to this statement. 'Nite Version' contains some tracks that may sound familiar to clubbers. The Nite Version of E-Talking (one of the biggest club hits of 2004) and the kawasaki dub of 'NY Lipps' stand among new tracks such as 'Another Excuse' (A Collaboration with DFA) and their cover of Daft Punks 'Teachers'. from Electro to Techo, from bombastic rock to disco, this record guarantees to keep you moving. The Album is mixed by de Dewaele Brothers (Soulwax/2 many DJ's). Just like at Any Minute Now the Artwork is done by Trevor Jacksons. PIAS. 2005.