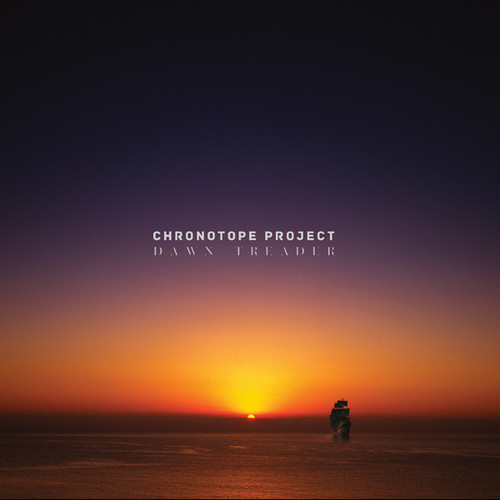 Cinematic in scope and depth, the majestic Dawn Treader is Chronotope Project's first full length release on the Spotted Peccary label. Jeffery Ericson Allen is the sole creative force behind the music, and he skillfully balances the compositions between mystical, ambient dreamscapes and organic, emotional melodic statements. The soundscapes - drawn from a variety of sources spanning ambient electronic, Western classical, and traditional world music - are textural, compelling, evocative, and meaningful. Inspired by C.S. Lewis' eponymous sailing ship from "The Voyage of the Dawn Treader," the album's wondrous musical narrative tells a mystical story that evokes the hero's journey. The tracks are warm and inviting, masterfully orchestrated and choreographed into a musical collage of archetypal sonic chronotopes, each seeking the inner essence of an outward symbol. The album begins with the title track, "Dawn Treader," which enters at a distance, like a great mythological ship appearing out of the mist. The mood turns dreamlike with "The Scent of Evening Flowers," while "Basho's Journey" features the thirteen-stringed Japanese koto in a traditional hira-joshi tuning. "Ocean of Subtle Flames" follows with a corresponding fractal nature in which micro and macrocosmic structures mirror and complement one another. Tibetan singing bowls are at the heart of "Omphalos," a deep sonic meditation that radiates infinitely in all directions, while the effervescent electronics and choral phrasing of "Canticle for the Stars" offer a wordless hymn of hope to the heavens. "She Who Hears the Cries of the World" sets layers of Balinese gamelan into a bed of immersive ambient texture, closing the album on a captivating lyrical note. Dawn Treader is an album that is firmly rooted in the visual "soundtrack" style of ambient-electronic music, featuring cinematic textures, strong melodies, and hypnotic rhythms that inspire the imagination of every listener.
This website uses cookies to personalize content and analyse traffic in order to offer you a better experience.
I accept Learn More
back to top